Our very own Chris Haughton, author-illustrator of such favourites as - Oh No, George!, Shh! We Have a Plan, Goodnight Everyone, A Bit Lost, and the soon to be in paperback Don't Worry, Little Crab - is keeping kids across the world busy with his read-alongs, live art tutorials, and activities. 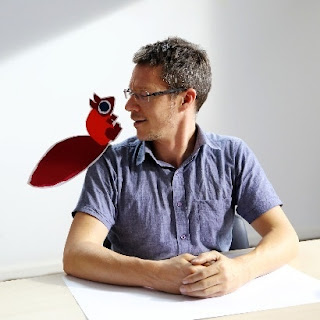 As his activities were featured in the Guardian recently, we thought it was a good opportunity to share some highlights to keep your little ones busy!

Chris has published so many fantastic books, it's hard to choose favourites, so make sure to check them all out. Click on the links below to see more! 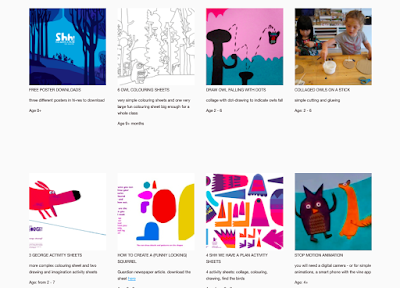 Make sure you head over to Chris Haughton's website for all your activity sheet needs. They are colourful, simple and joyous! If you finish all of those, we have an abundance of activities in our 'Fun Activities' section here on Picture Book Party, take a look! 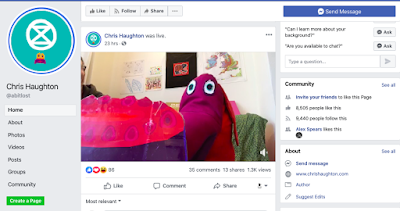 Over on Chris Haughton's Facebook page, he is doing live readings and drawing activities, which are then available to rewatch at your leisure.

Chris' latest picture book, Don't Worry, Little Crab is the perfect book for little ones right now; it tells the story of a young crab who is anxious to go into the big, scary sea. With the help of Big Crab, he might just be able to do it...

Best wishes from everyone at Walker Books!

With over a quarter of the year gone already, we thought we'd take a look back at some highlights from the past three months... 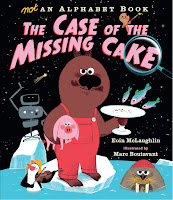 Not an Alphabet Book: The Case of the Missing Cake
As Bear travels from A to Z, visiting all sorts of characters, objects and extraordinary places along the way, can YOU help him search for the culprit? But, wait! Are those crumbs on Bear’s page? And are those Bear-shaped pawprints next to the empty cake stand? It seems our narrator might not be as reliable as we first thought... 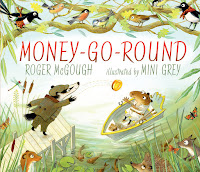 Mr Toad has a shiny gold coin. He gives it to Miss Mole to pay for a room in her hotel. Now Miss Mole can pay Sam Stoat for painting the hotel, and Sam Stoat can pay back Mr Badger ... until the coin might just end up back where it started! From renowned poet Roger McGough and Kate Greenaway Medal winner Mini Grey, this is an inspired and witty tale featuring beloved characters from The Wind in the Willows. 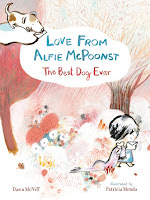 Love From Alfie McPoonst: The Best Dog Ever

When Alfie the dog dies, he sends his owner Izzy letters in the post from his new address: The Nicest Cloud, Dog Heaven, The Sky. He wants her to know that he misses her – so much! – but his new home in heaven is BRILLIANT. There are postmen to chase, angels to tickle his tummy, and he never even has to take a bath! Can his letters comfort Izzy, who is feeling lost without him? 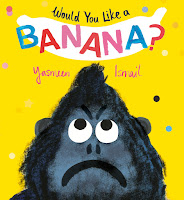 Gorilla is hungry but there is absolutely no way he’s going to eat a banana. Not even a teeny taste. Not with some bread or standing on his head. Even if you eat one too, which is something you might do.
This brilliant and hilarious picture book from award-winning illustrator Yasmeen Ismail will have everyone laughing at this all-too familiar family situation!


Posted by Picture Book Party at 15:39 No comments:

Circle - now out in paperback! 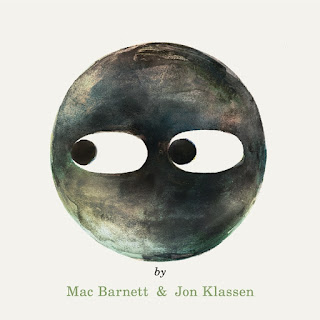 "Simple shapes and succinct story express big ideas. Makes us consider fear of strangers, the power of the imagination, being brave and standing by friends" - Sunday Times

From the dynamic, dream team of Jon Klassen and Mac Barnett comes the final instalment in the hilarious shape trilogy, Circle, now out in paperback!

Triangle and Square are visiting Circle, who lives at the waterfall. When they play hide-and-seek, Circle tells the friends the one rule: not to go behind the falling water. But after she closes her eyes to count to ten, of course that's exactly where Triangle goes. Will Circle find Triangle? And what OTHER shapes might be lurking back there?

Watch the brilliant trailer for Circle below:

Top picks of the month for March!

As we wave a chilly farewell to Winter and embark on what we hope will be a lovely Spring, here are some of our top picture books publishing this March:

1. What's Next? by Timothy Knapman and Jane McGuiness 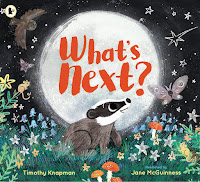 Curious Baby Badger loves exploring. He is eager to see, and know, more of the world beyond his den. So, one night, his daddy takes him on a moonlit adventure through the still, black-and-white forest up above their underground home. And that sets Baby Badger's imagination soaring. What's daytime like? he wonders. What's next?


2. Bunnies on the Bus by Philip Ardagh and Ben Mantle 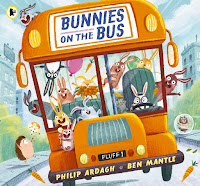 The bunnies have taken over the bus and they're on a wild ride across the streets of Sunnytown!  There are bunnies on the roof! Bunnies in the aisle! DO sit down, bunnies, or you’ll end up in a pile! Eventually, they come to a stop ... at the train station. And what's that they've spotted? A TRAIN! Uh-oh, here we go again… A hilarious romp of a book, with a fantastic read-aloud rhyming text and spectacular illustrations.


3. My Grandma and Me by Mina Javaherbin and Lindsey Yankey 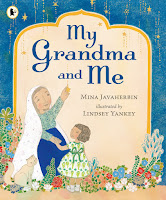 While Mina is growing up in Iran, the centre of her world is her grandmother. Whether visiting friends next door, going to the mosque for midnight prayers during Ramadan, or taking an imaginary trip around the planets, Mina and her grandma are never far apart... At once deeply personal and utterly universal, this story is a love letter of the rarest sort: the kind that shares a bit of its warmth with every reader. 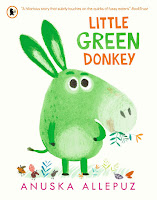 Little Donkey LOVES eating grass – it’s just so sweet, and crunchy, and juicy! His pillow is even made from grass so that he can roll over in the morning and eat his own bed. “Why don’t you try some other food?” suggests his desperate mum, putting on a juggling display of colourful fruit as a way to entice her little one to eat something new. But Little Donkey sees no need. Until, that is, he catches a glimpse of his reflection…

5. Best Place in the World by Petr Horacek 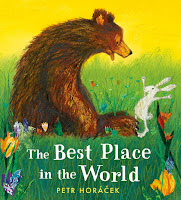 "Do you think this is the best place in the world?" Hare asks his friends, Rabbit, Bear, Duck and Owl. Certain there must be somewhere better out there, Hare sets out on an adventure that takes him to mountains higher than the clouds, sun-kissed beaches and starlit deserts. But even the most beautiful place isn't perfect without friends to share it with, and perhaps the best place in the world is actually closer than Hare thinks.


Get your copies of our top picks of the month at your nearest bookshop!
Posted by Picture Book Party at 10:20 2 comments:

Bunnies On The Bus by Philip Ardagh and Ben Mantle

"The relentless anarchy and fruity rhyming scheme makes for a thrilling ride for younger children and their tongue-twisted parents. To be chanted at high speed and followed by a little lie-down."


The Times, Children’s Book of the Week


Bunnies on the Bus!

Bunnies on the Bus!

No wonder there's a fuss about the bunnies on the bus!

The bunnies have taken over the bus and they're on a wild ride across the streets of Sunnytown! They whizz past the bus stop, swerve around corners and zoom over crossings on a non-stop roller coaster adventure!

There are bunnies on the roof! Bunnies in the aisle! DO sit down, bunnies, or you’ll end up in a pile! Watch out! Move out of the way! Hold onto your tails! There are ... BUNNIES ON THE BUS! And they aren't stopping for ANYONE!

A hilarious romp of a book, with a fantastic read-aloud rhyming text and spectacular illustrations. 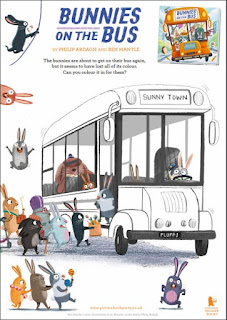 WIN yourself a copy of this fantastically funny new picture book as well as a plush rabbit and carrot, some stickers and even your very own bunny headband!

Just enter below, it couldn't be simpler: 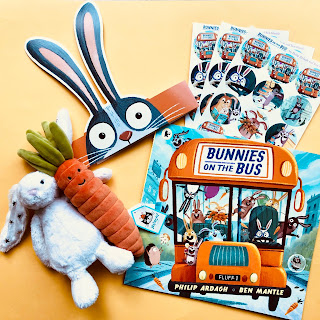 Are you under 13? If so please do NOT provide your details. Please ask your parent or guardian to enter using their email address.

By entering this competition you confirm that you accept our terms and conditions of entry.

Calling all fans of The Wind in the Willows! We have a brand new picture book, from a renowned poet and a Kate Greenaway Medal-winning illustrator, that will be the perfect read for you. 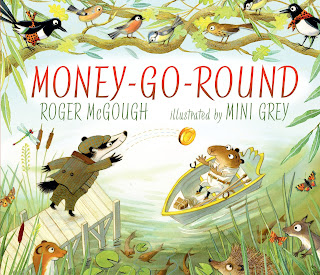 We present to you Money-Go-Round, written by Roger McGough and illustrated by Mini Grey.

Mr Toad has a shiny gold coin. He gives it to Miss Mole to pay for a room in her hotel. Now Miss Mole can pay Sam Stoat for painting the hotel, and Sam Stoat can pay back Mr Badger ... until the coin might just end up back where it started!

A humorous story that entertains on many levels, with a light-hearted commentary on the nature of money.

Available to buy where all good books are sold!

WIN our February Book of the Month and more!

It's that time again when you, yes YOU, can be in with a chance to win our Picture Book Party Book of the Month, and our special themed prize! Scroll down for more...

Presenting, The Case of the Missing Cake by Eoin McLaughlin, illustrated by Marc Boutavant: 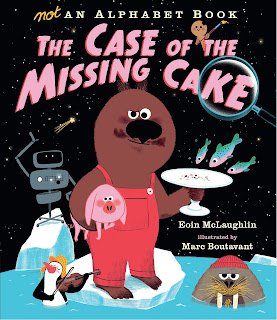 Bear has lost his chocolate cake! But it's not just any old chocolate cake. It's the completely delicious, tongue-jinglingly, chocolaty cake, and it's mysteriously missing... 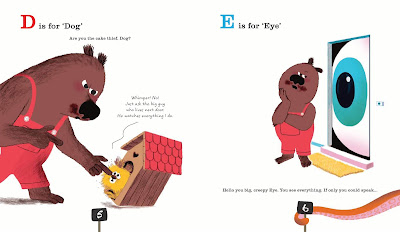 Bear must now work through an entire alphabet of potential suspects, but could the truth of the case of the missing cake have been right at the beginning all along? 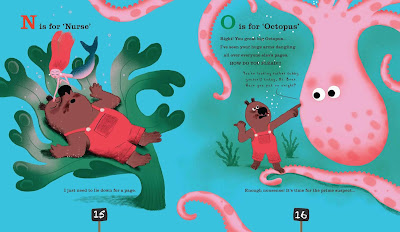 With bright, joyful illustrations, and an alphabetical, educational twist, this is the perfect picture book to delight and learn from. 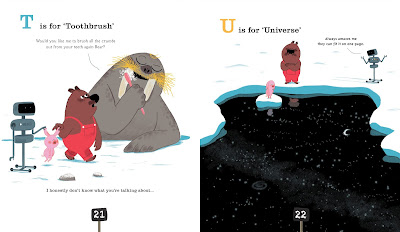 WIN a copy of this fantastically fun new picture book as well as a toy baking set, just by entering below. It couldn't be simpler!

THIS COMPETITION HAS NOW CLOSED. 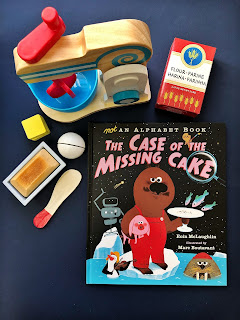