I got the idea for the book Blue Penguin two years ago. It was a nice autumn evening and I was raking leaves in a beautiful apple orchard, thinking about one of my friends that I haven’t seen now for a long time.

His name was Richard and he was very different from everybody else I know. He used to say and do exactly whatever he wanted to say and do at that moment. Behaviour like this could get him into trouble from time to time, of course, but Richard didn’t mind. He was used to be different.

Richard was fun to be with and I liked being his friend. 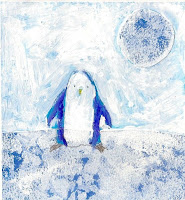 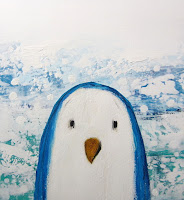 So that day I got this idea to write a book about a penguin that was different from everybody else. I started to write the same evening.

The next day I fitted the story with thumbnail sketches.

Some books are difficult to write, some books just pop out. It felt as if Blue Penguin is one of those books, which comes easily.

I really enjoyed sketching and writing the story and I couldn’t wait to show it to my publisher.

I’m very lucky to be published by Walker Books and I’m also lucky to work with two very good and nice editors. They nodded their heads as they were reading it and then they said: "We like it, but it would need a little bit more work.” I’ve heard this many times before and I know what it means. The hard work started there. 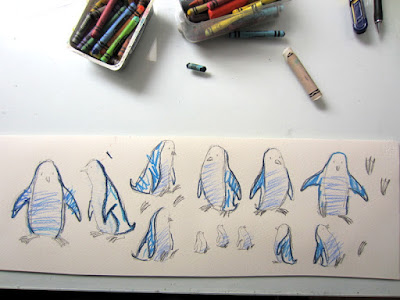 We had to tidy up the story, make it shorter, simpler. My editors and I worked on the text on and off for months. I must have about 15 versions of Blue Penguin. The book, which seemed to be at the beginning so easy to write, now turned into rather hard work. 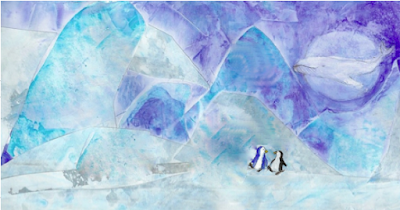 To be honest I didn’t mind rewriting the text and I liked the process of editing the story, but at the same time I couldn’t wait to start to illustrate it.

I could see the pictures in my dreams and I was so looking forward to getting on with the artwork.

Finally after a year we agreed that the story was now ready. I did the pictures in a month or two, almost in one go and I enjoyed every minute of it. 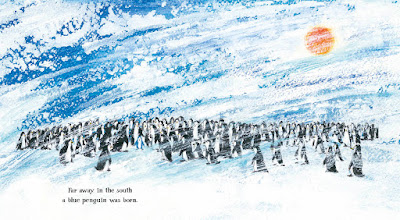 Even when the illustrations were done we still discussed the text. My editors are never happy until everything is just right. 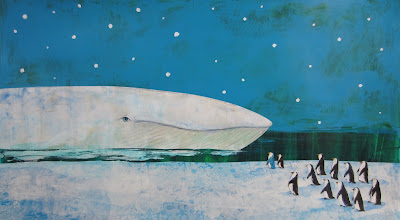 Blue Penguin was probably one of my most challenging books to write and one of the most fun picture books to illustrate. 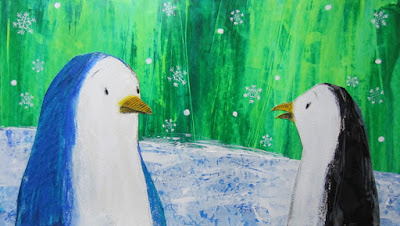 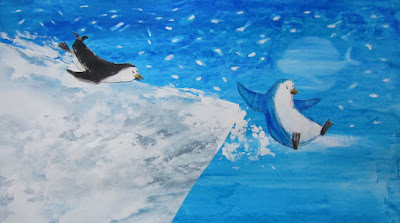 Pick up your copy of Blue Penguin by Petr Horáček in your local bookshop.
Posted by Picture Book Party at 12:13 2 comments: