Today is World Tapir Day! And for those of you who aren't familiar with these loveable animals, a tapir is a large mammal, with a short snout, four toes on their front feet, three toes on their back feet - and definitely not the same as a pig! Tapirs can usually be found in jungles and forests in Asia, but there's one little tapir who has made it all the way to the city... 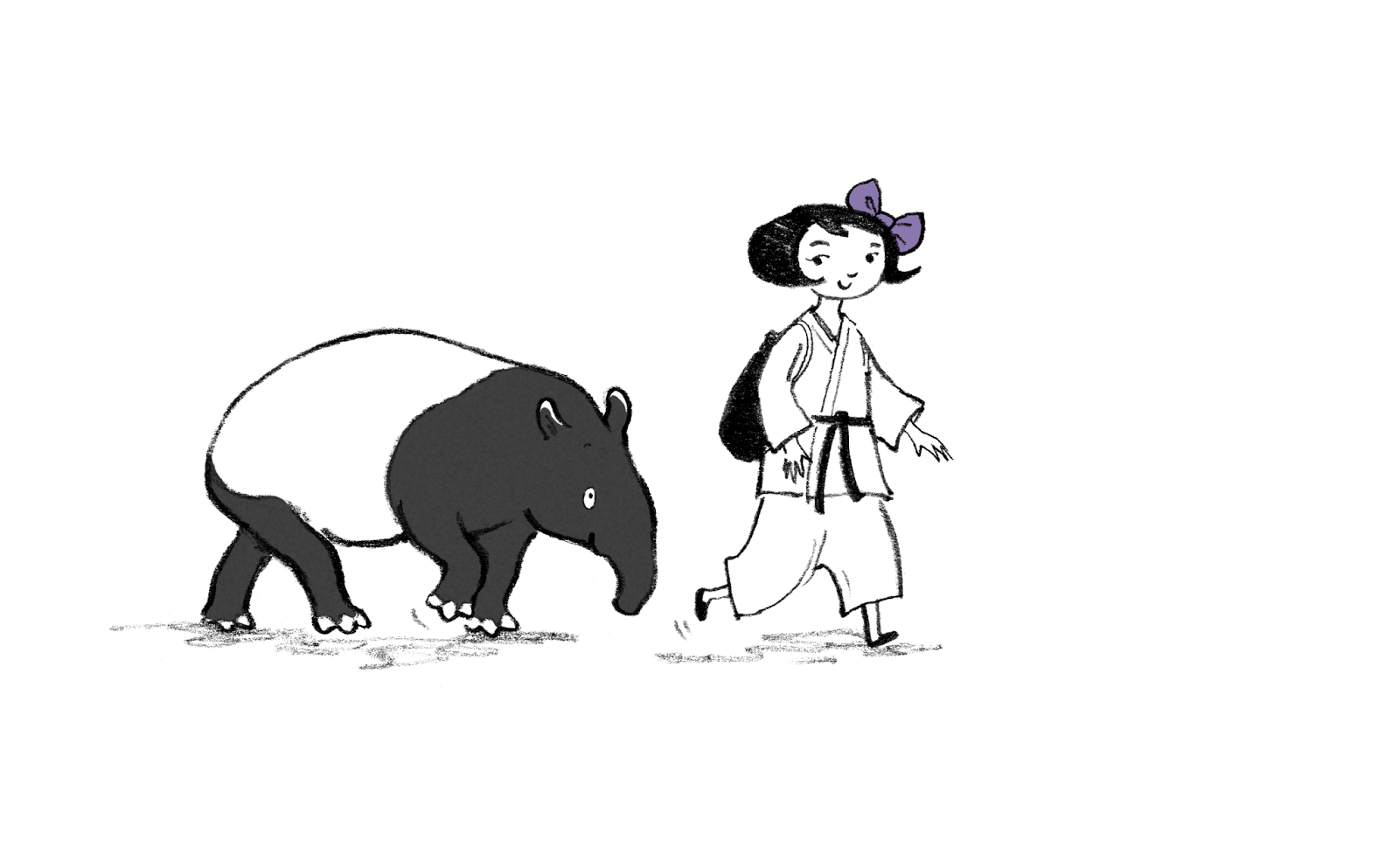 Meet Bambang! - the co-star of Mango & Bambang, a beautiful new series of books by Polly Faber and Clara Vulliamy out this September, which all of us at Walker HQ are VERY excited about. Mango & Bambang is all about the unlikely friendship between Mango, a little girl, and Bambang, a Malaysian tapir. Mango Allsorts is good at all sorts of things, not just karate and chess. Bambang is most definitely not-a-pig and is now lost in a very busy city. When the two unexpectedly meet, a friendship begins, filled with adventures, and plenty of banana pancakes! 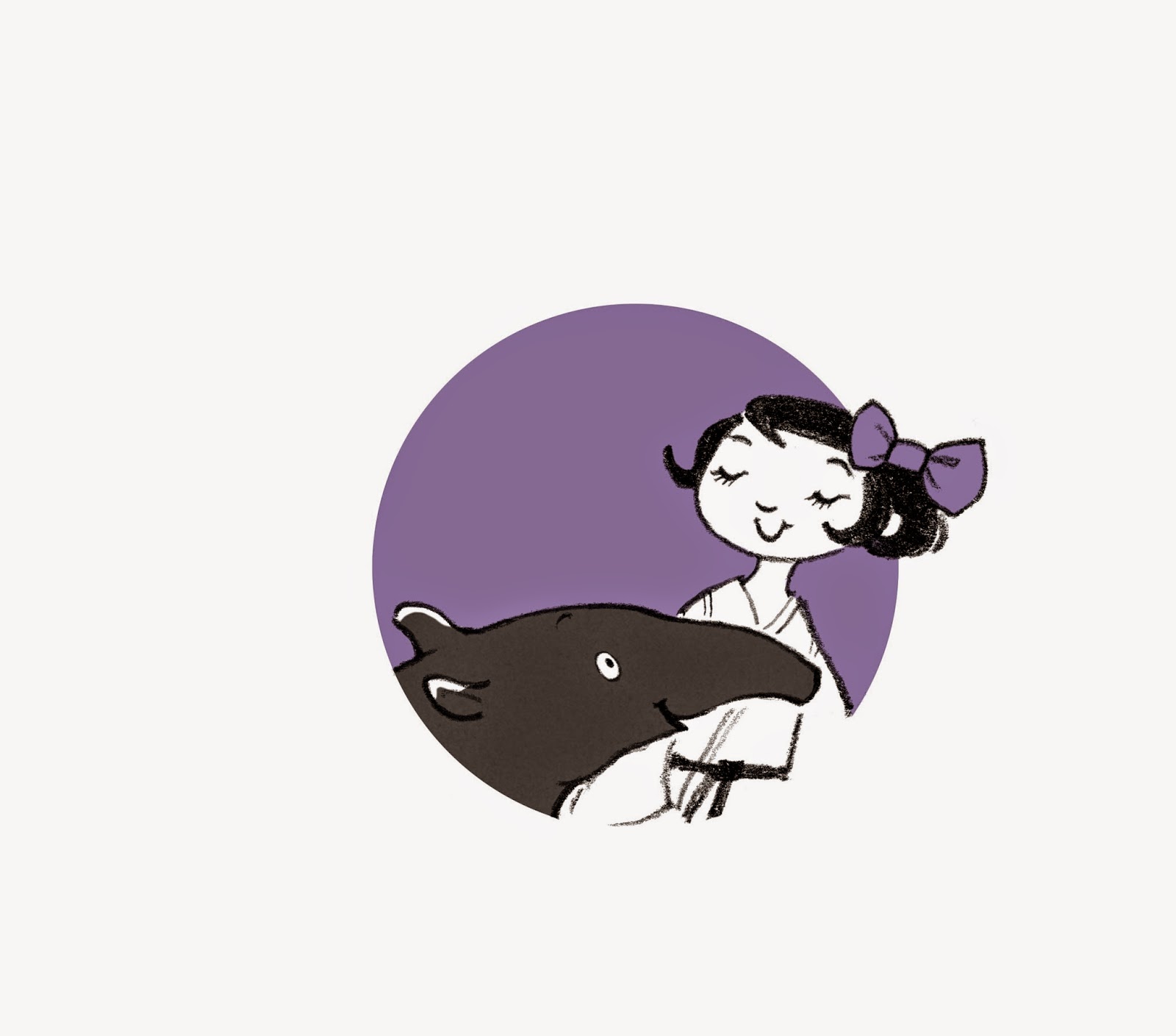 When Clara and Polly were first discussing what they might make a book together about, they went to the zoo for inspiration. Head over to Polly's blog to find out how they found their hero! 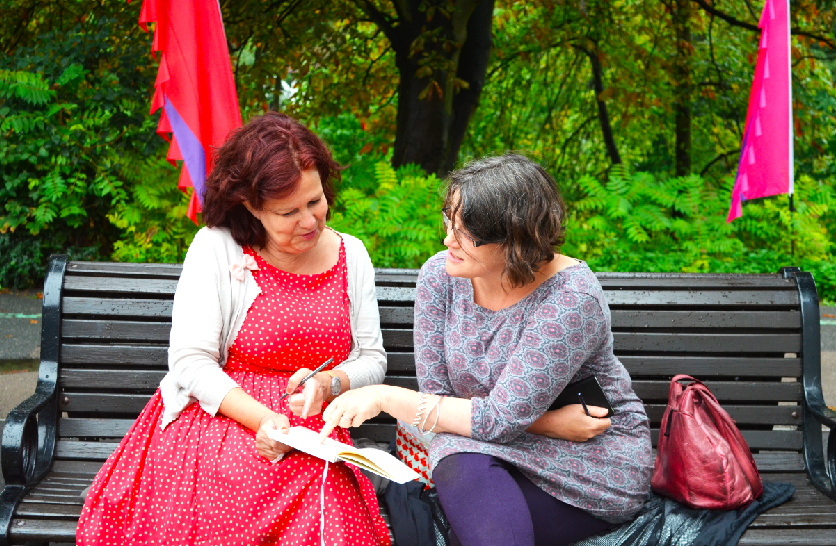 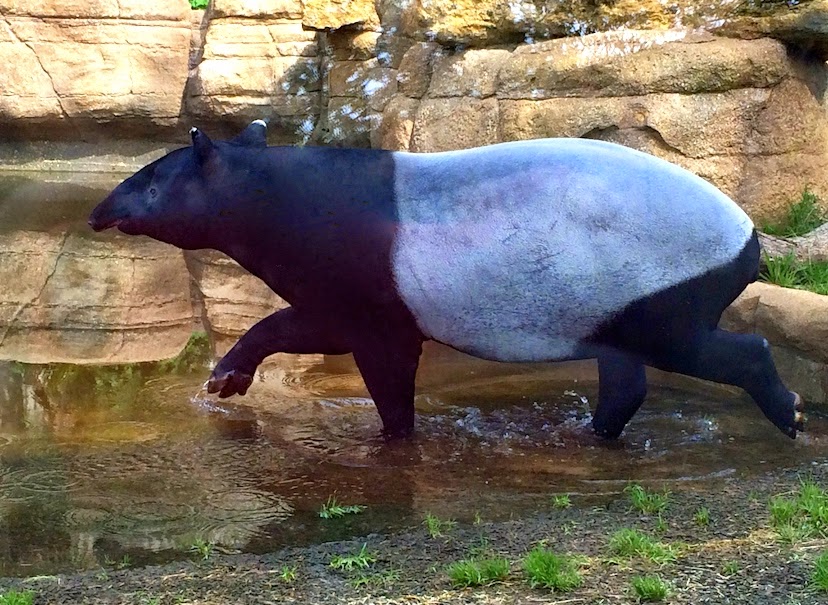 Mango & Bambang: The Not-a-Pig is the first book in this brilliant series from Polly Faber and Clara Vulliamy, and will be out on 3 September 2015.

Get in touch with your local bookshop to pre-order your copy today!

Until then, don't forget to visit Polly's blog where you can read her special blog post about the series, in honour of World Tapir Day.


Posted by Picture Book Party at 15:23 No comments:

The making of Shh! We Have a Plan by Chris Haughton One of the things I have been trying with my books is to tell stories as much as possible through images rather than through words. If the story can be read without language, it should have the ability to be understood by the very young. I would like to think all my books are told in a way that someone without language could understand but I think the story in this book could be the most visual of the three, it certainly has the least text. In fact, the total word count is only 103, and ten of those words are ‘shh!’ which I am not sure is a word but I counted it anyway, I even counted the five words of the title which is a trick i picked up at school. It is a bit embarrassing then, that it took more than 2 years to write. I worked out on average I wrote one word every six days. Not exactly the writing speed most writers aim for… anyhow… 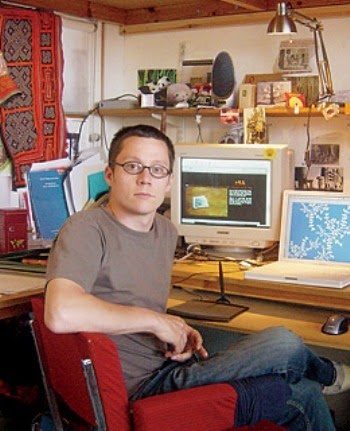 I started sketching out ideas for this book thinking there must be some way of making a ‘chase/catch’ type book. It brought me around to thinking of the Road Runner cartoons where there there are elaborate plans which could all work very well visually. Quite suddenly three goon type characters trying to trap a bird popped into my head, that it would be great if there were three, each with a different plan. What I liked the best was there could be a drawn out pantomime effect, similar to A Bit Lost and Oh No, George!, with an anticipatory page turn between ‘ready/steady’ where the three position themselves to catch the bird and GO! ..where of course they miss.

Finding the ending was easy as I had sort of come up with it in the beginning (!) the really tricky part was fitting the ending into the story. I originally had three other ‘good’ characters who were feeding the birds instead but it seemed very abrupt to introduce them midway. It seemed best to have a character with the answer the whole way through. The book seemed a little clunky and wordy when mocked up with four/five characters on every page, so together with my art director, Deirdre, we hit on the idea of a conversation happening across a page. There was lots of comic potential with this, I really loved working on it. If you think of books like Martin Waddel’s ‘Owl Babies’ it makes use of a repeated conversation across the page, each character repeats the same thing, over and over again. It is predictable but also has a pantomime effect and great for doing silly voices. We had so many great lines we had to work on editing it down and in fact I think there is enough material for another picture book in there if we are lucky.

For my other two books, i am always asked if I used paper cut, as they look quite like it, but in fact I did not use paper cut at all when creating the artwork and it was all pencil and digital. For this one though because it had five characters on each page it needed some sort of drastic simplification for it to be read clearly. Not only that but I was keen for the conversations to read across the page, matching each line with the action of the character. There was so much shifting of compositions around on the pages that it became clear the best way to compose each page was by collage. In fact it made perfect sense to create a mainly silhouette image from paper cut and in fact the design of the birds also benefitted from it too.

For the final artwork I was keen that that the bird seems somehow from another world, brightly coloured and abstracted and removed from the world of the characters, it focuses all our attention on the relatively tiny bird on the page, leads the reader through the pages of the book and gives a punch of colour at the end. My other books are very colourful so it was quite satisfying to try to work almost entirely in silhouette for this one. In fact there was a lot of really interesting experiments with the colour. Usually full colour printing is in CMYK, but the whole of the book is printed in only CMK (blue, magenta, black) and the only yellow that appears in the book at all is in the colour of the birds.  It was our hope that with this approach the bird would stand out completely from the rest of the book. 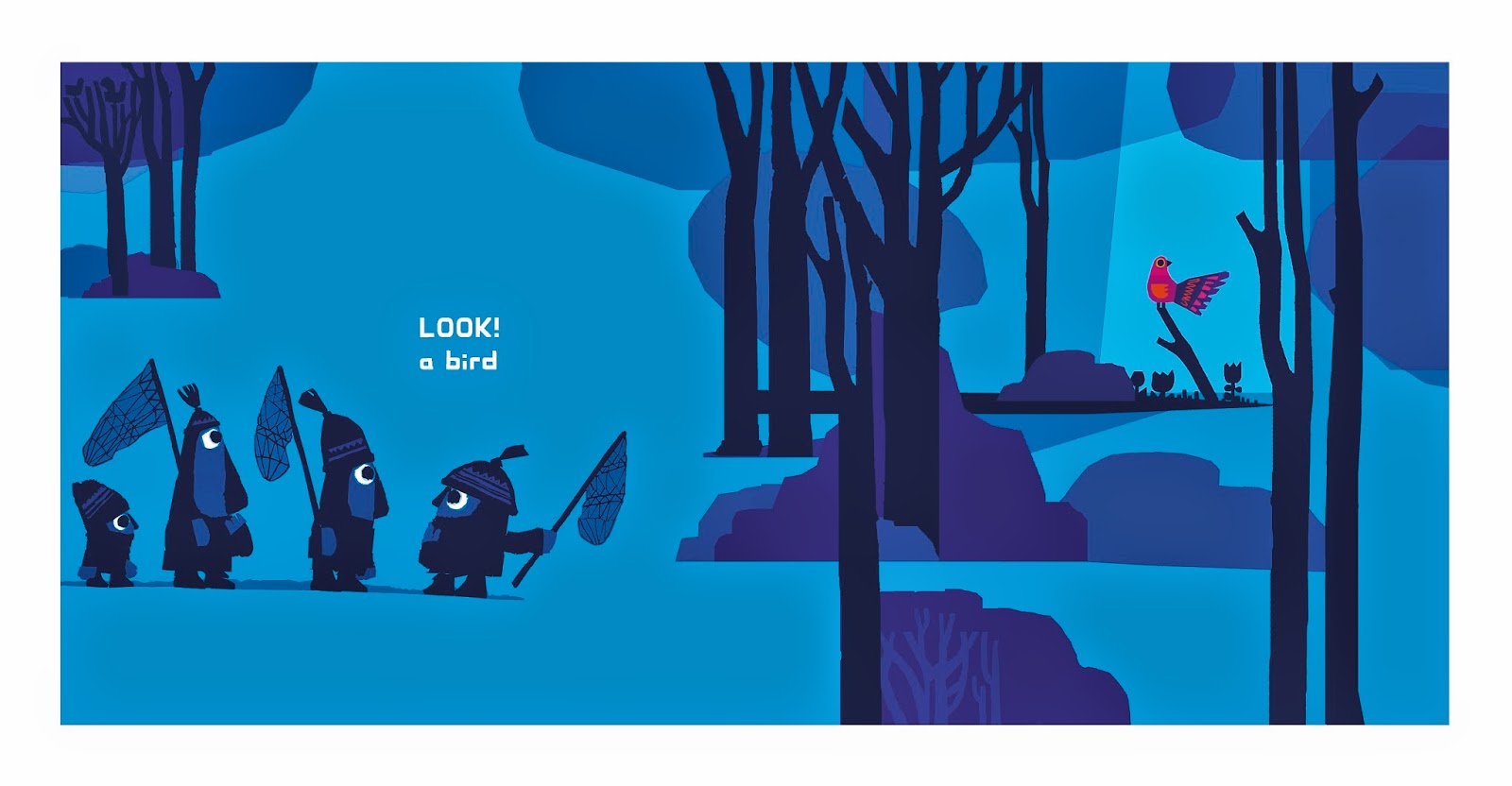 I am hugely indebted to my art director and editors, Deirdre McDermott and David Lloyd at Walker books for all their feedback and help on this book. It improved immeasurably with their help and I consider myself very lucky to be working with them.

Shh! We Have a Plan is available from all good booksellers. Find it at your local bookshop here.

Posted by Picture Book Party at 11:05 No comments:

Independent bookshops all over the UK have been creating beautiful Walker window displays of our lovely books. Here are some of the latest ones we love:

West End Lane Books in London have done a lovely Shh! We Have a Plan window display: 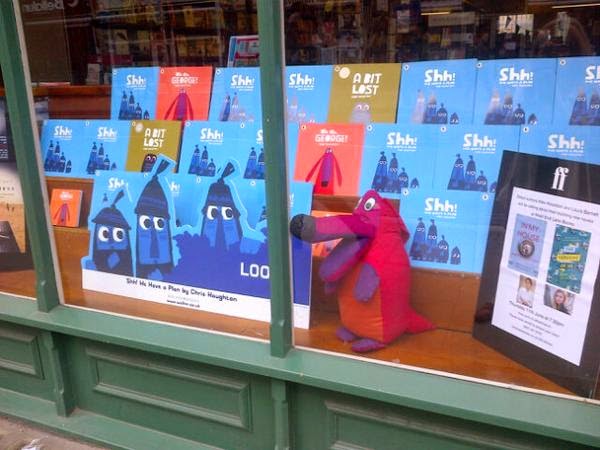 We've had some gorgeous Guess how Much I Love You window displays. 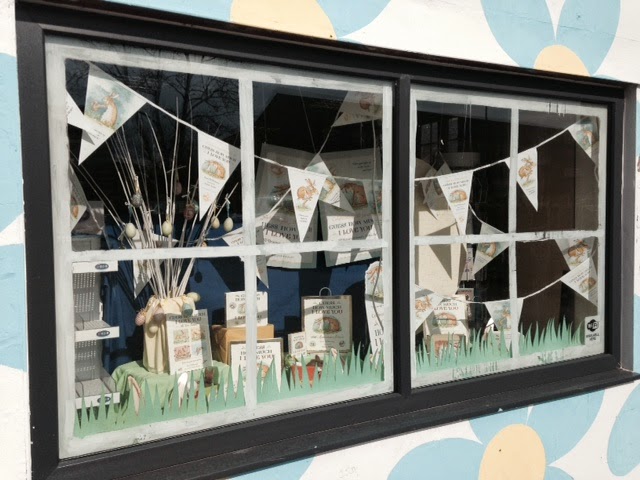 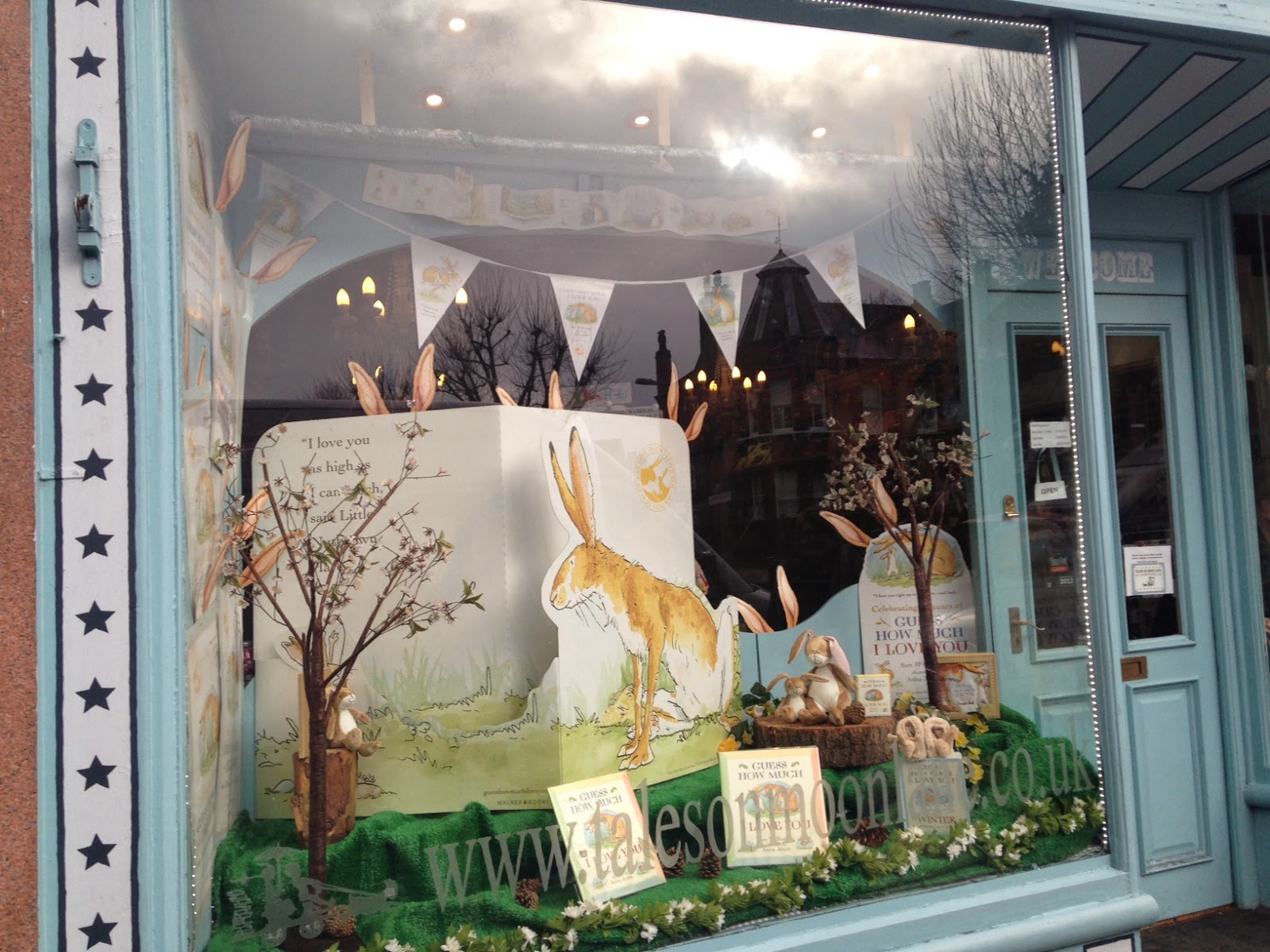 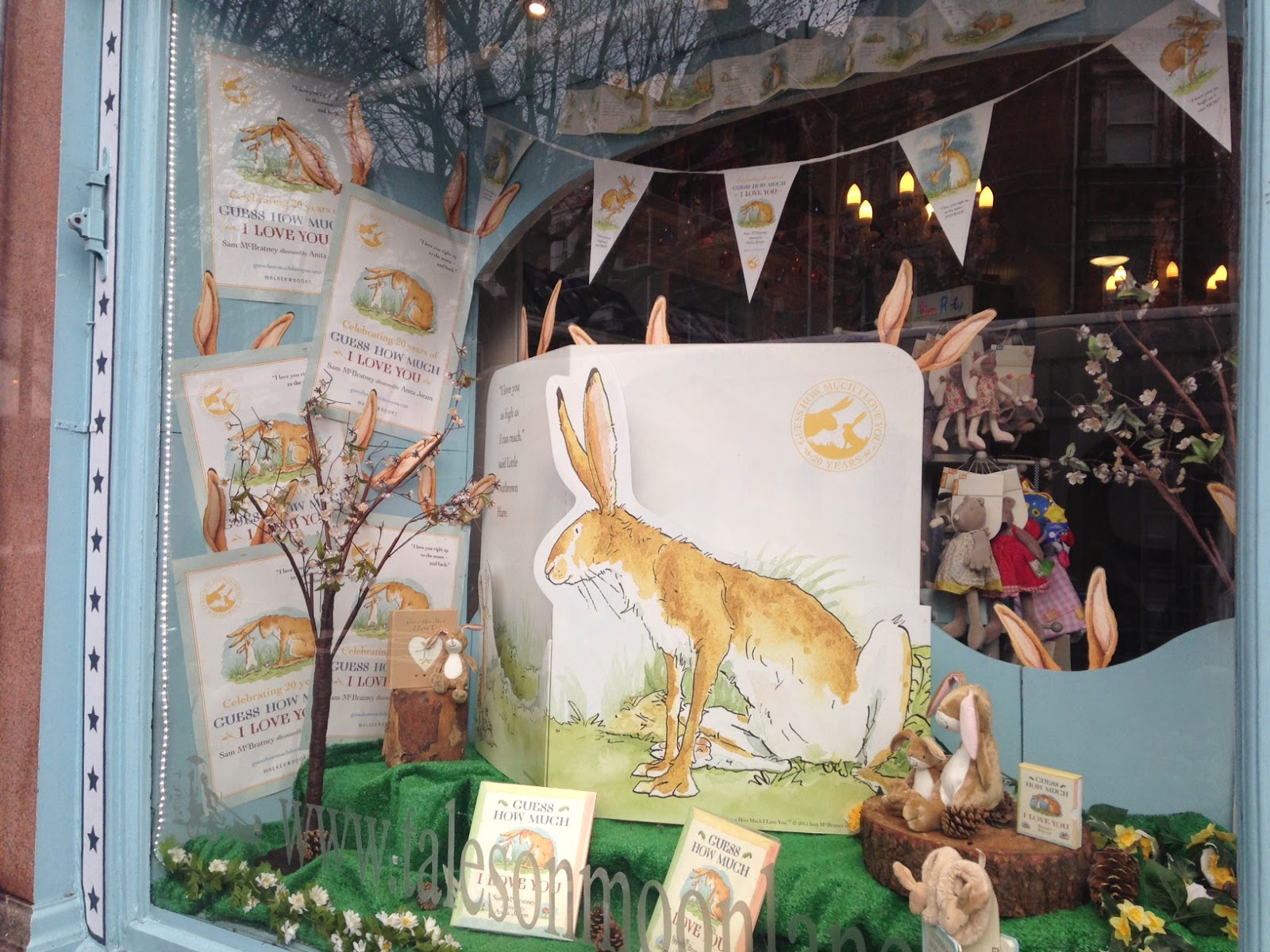 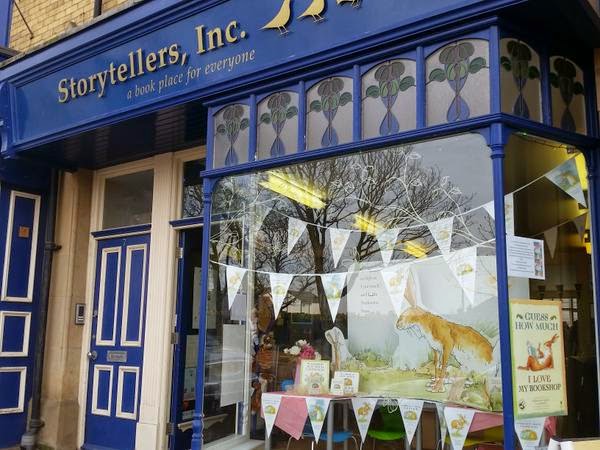 To celebrate the 150th anniversary of Alice's Adventures in Wonderland, a number of indie bookshops have dedicated their windows to Alice: 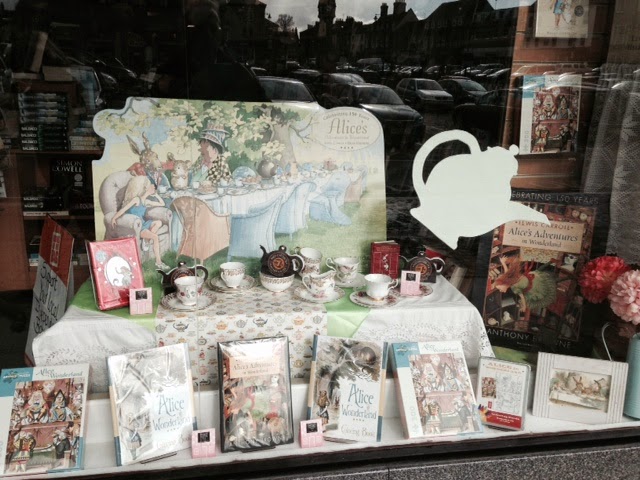 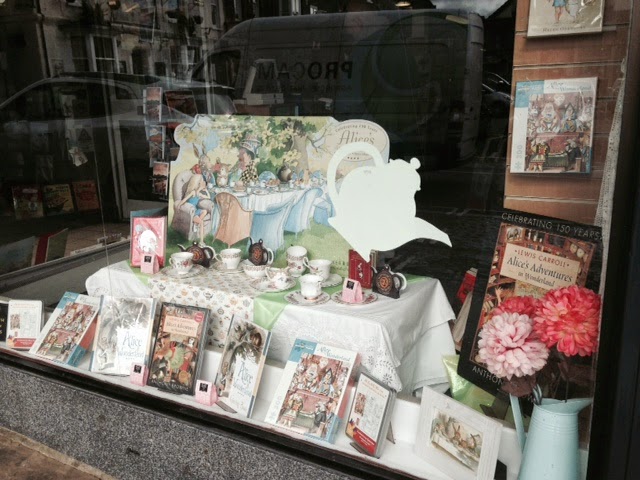 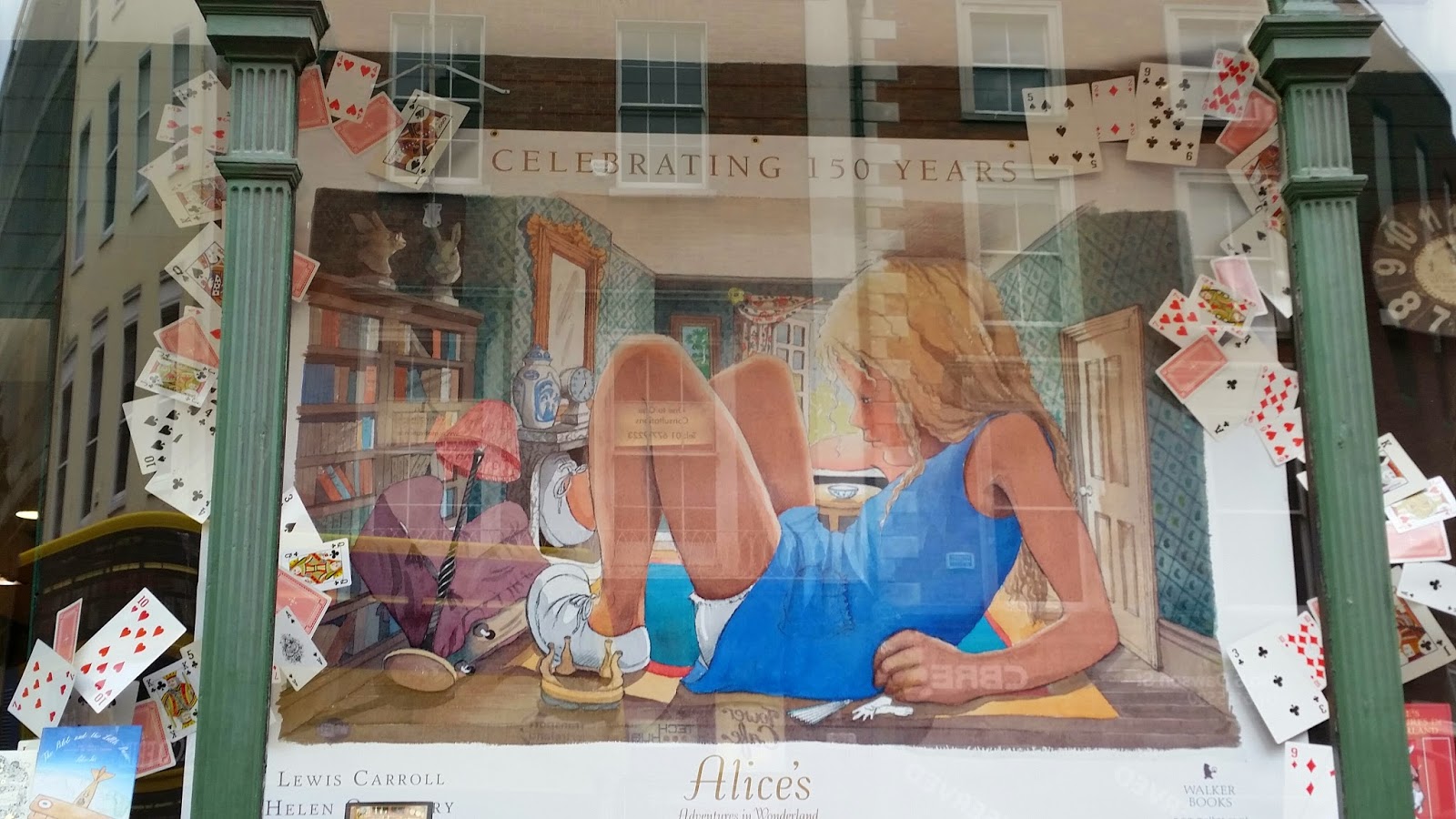 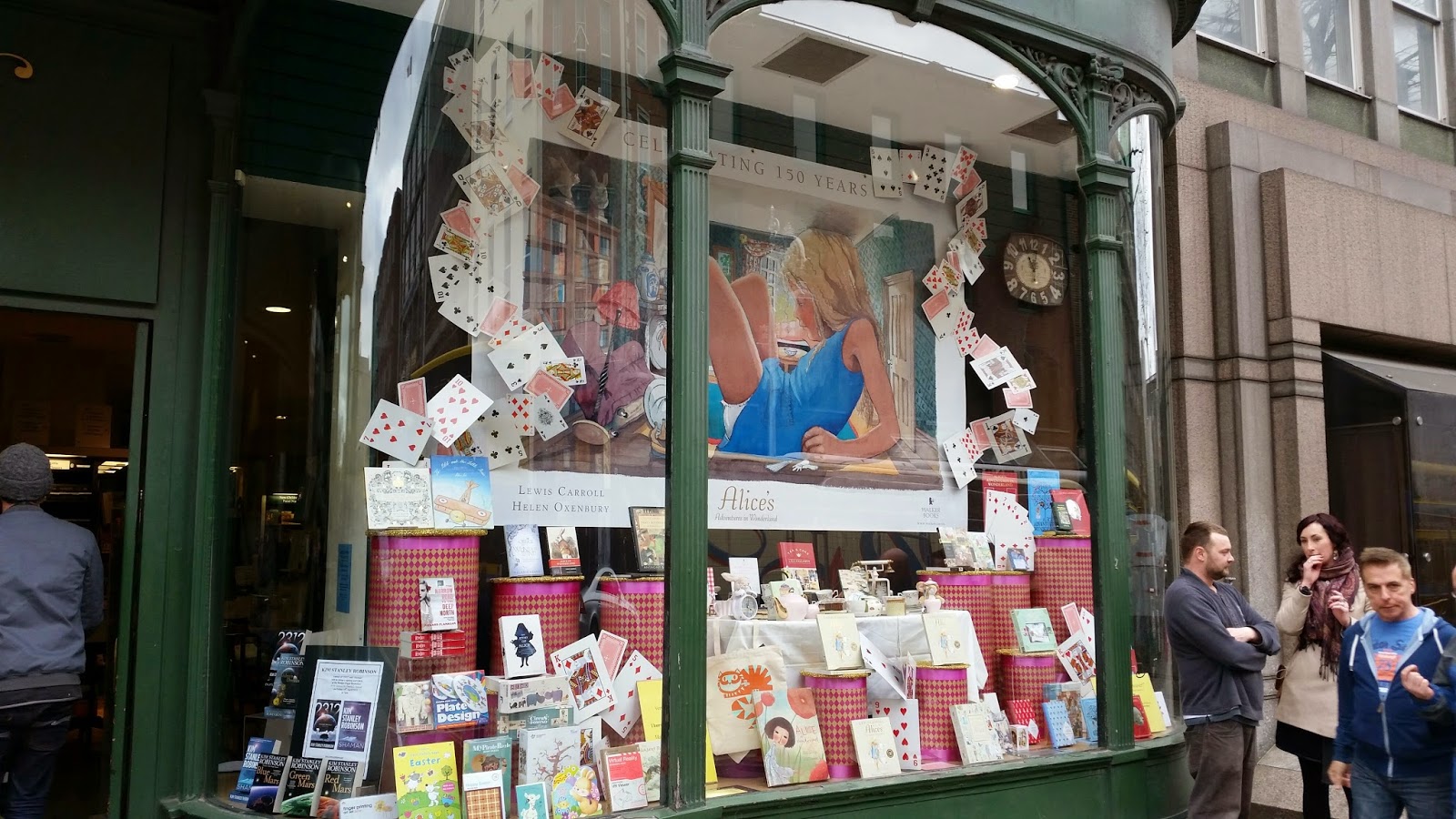 Far from the Madding Crowd Bookshop: 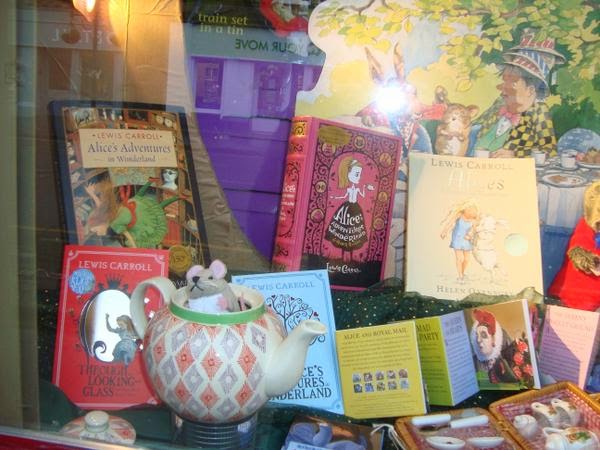 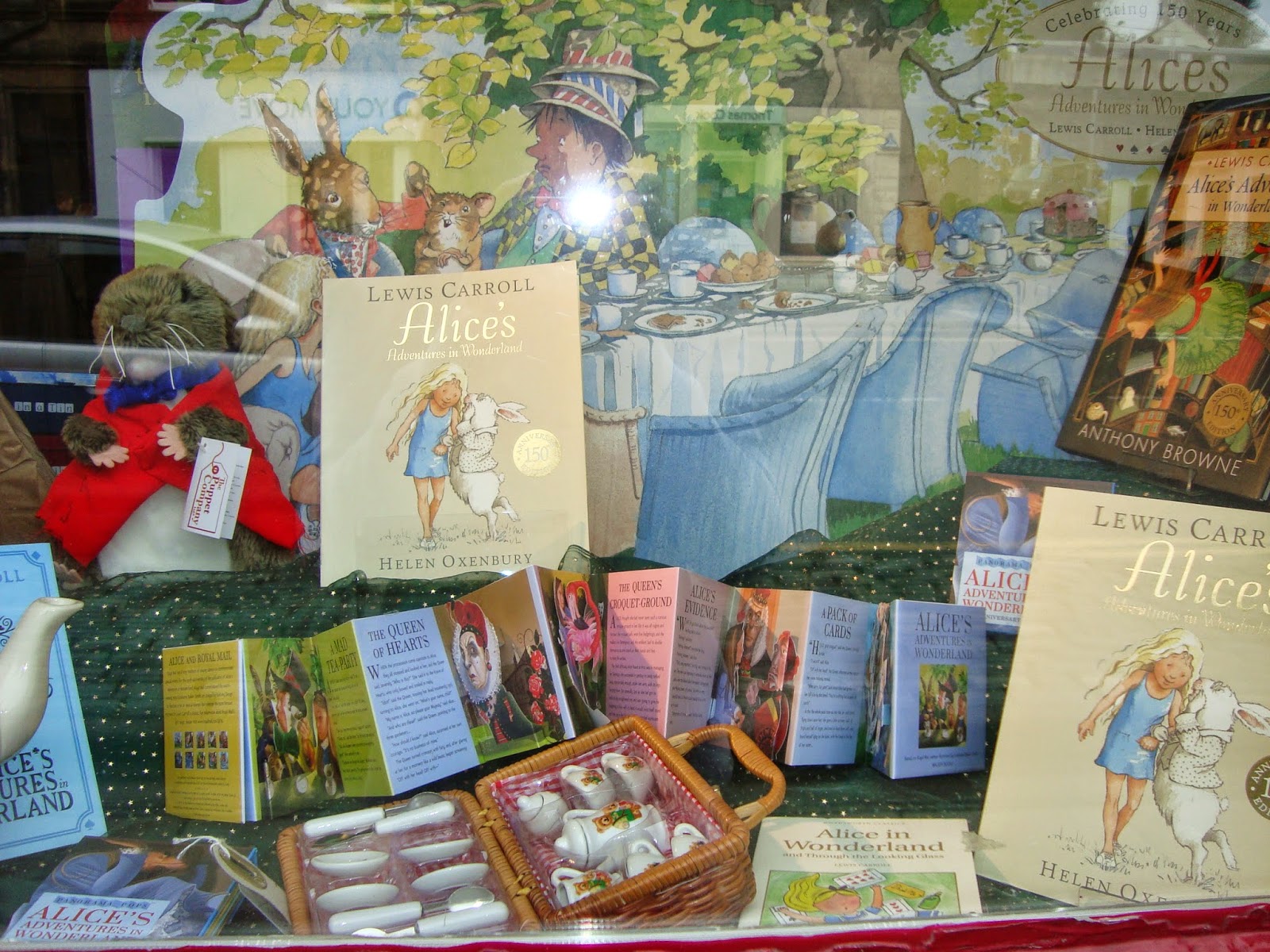 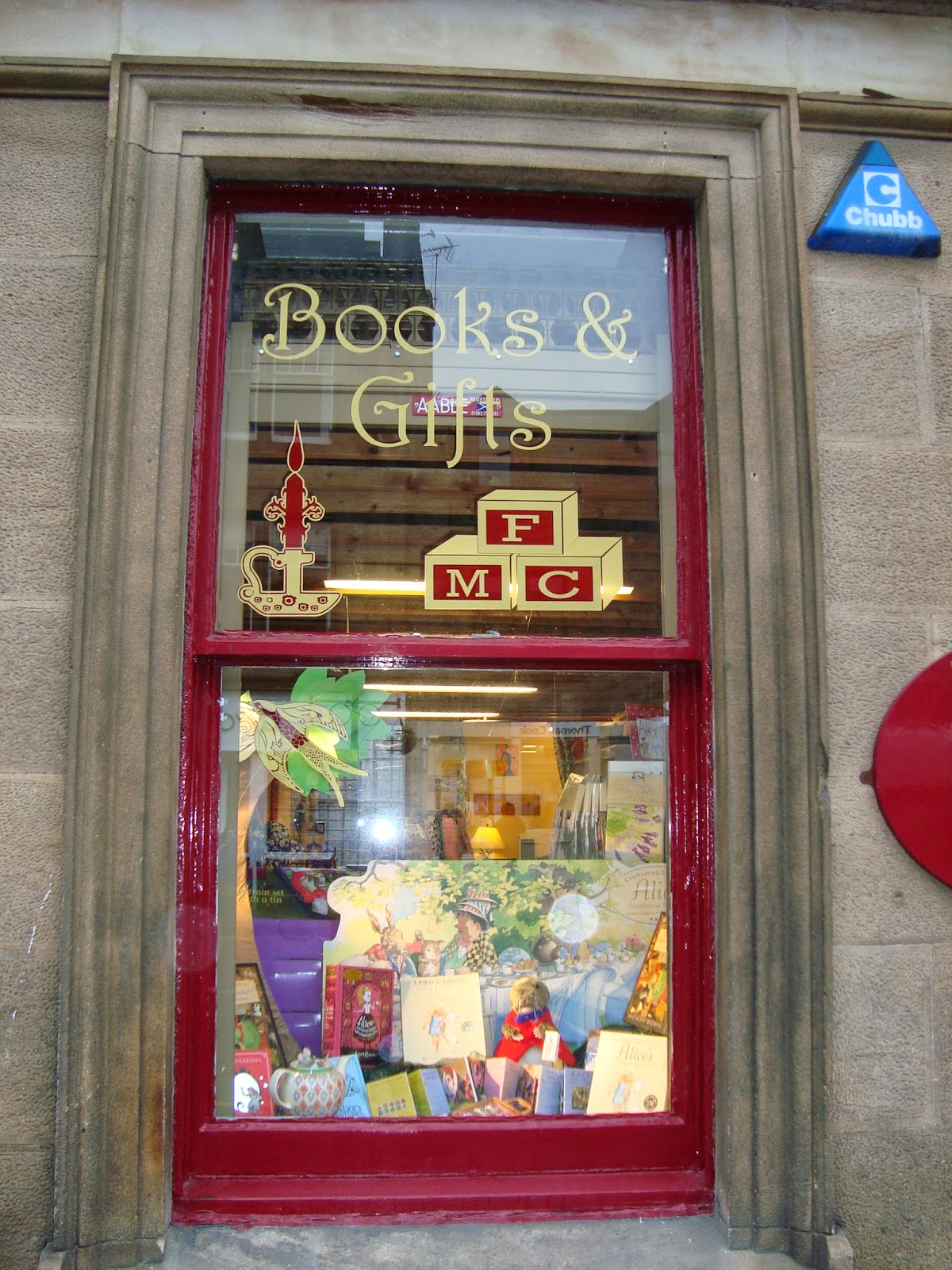 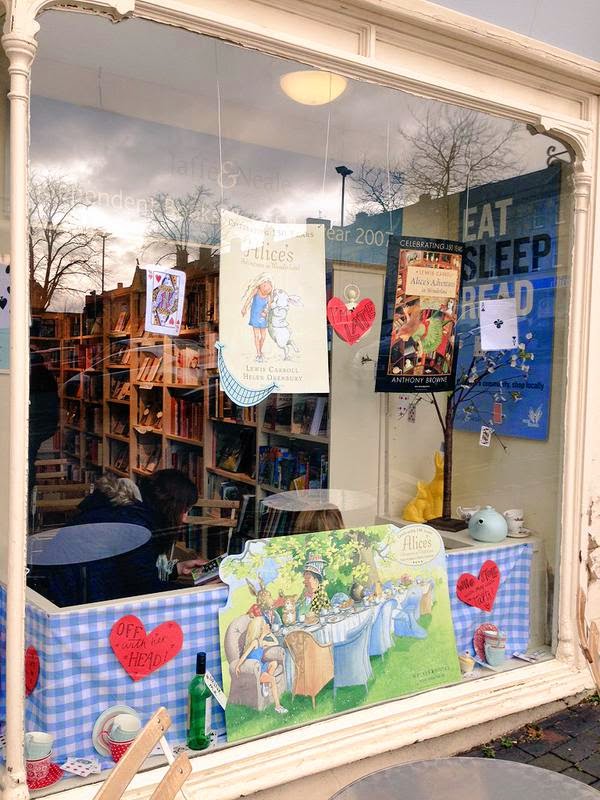 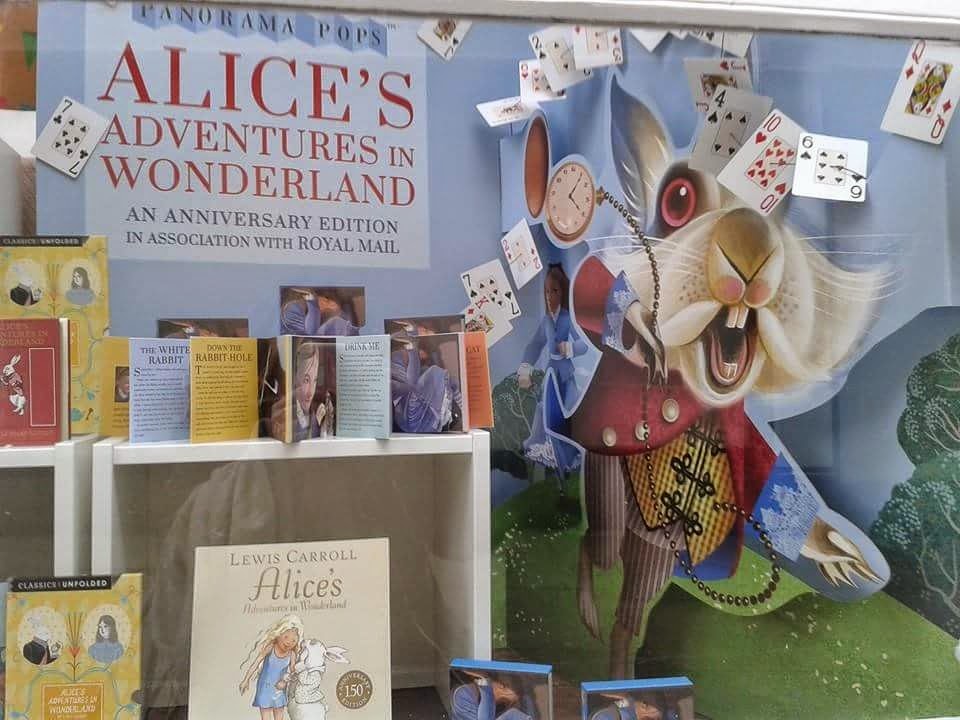 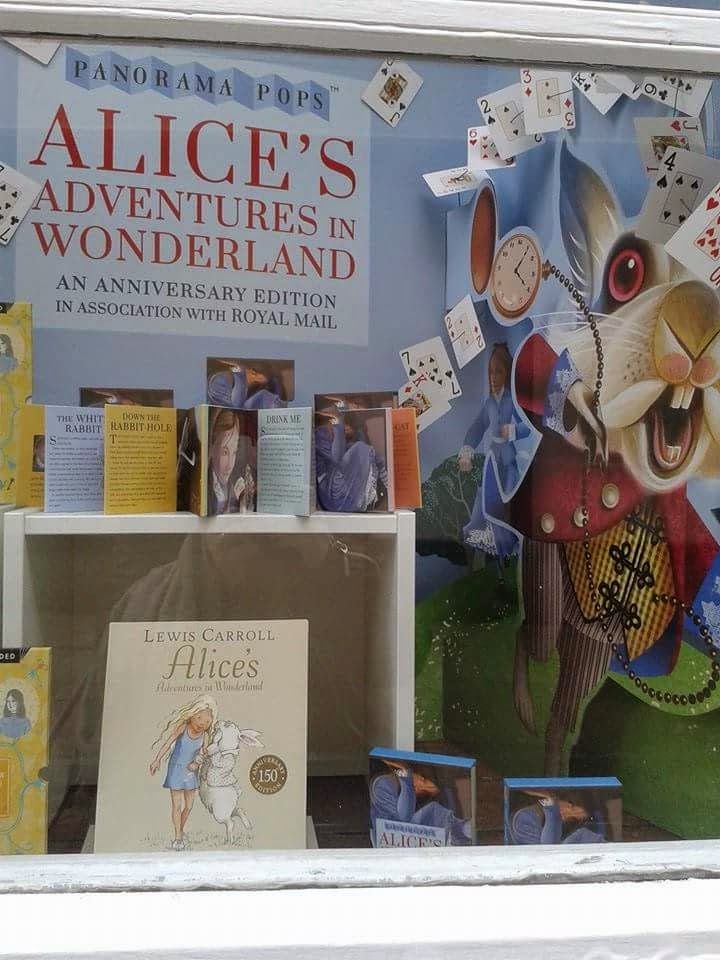 If you’re an independent bookshop and would like to create a Walker window display we’d love to hear from you! We have lots of eye-catching standees, posters and materials we just love to share.

If you spot a great Walker window in your local bookshop, send your pictures to marketing@walker.co.uk and we'll feature it on the blog!
Posted by Picture Book Party at 14:06 No comments:

Read this exclusive guest blog post to hear about how Miriam and Deborah collaborated on their book. 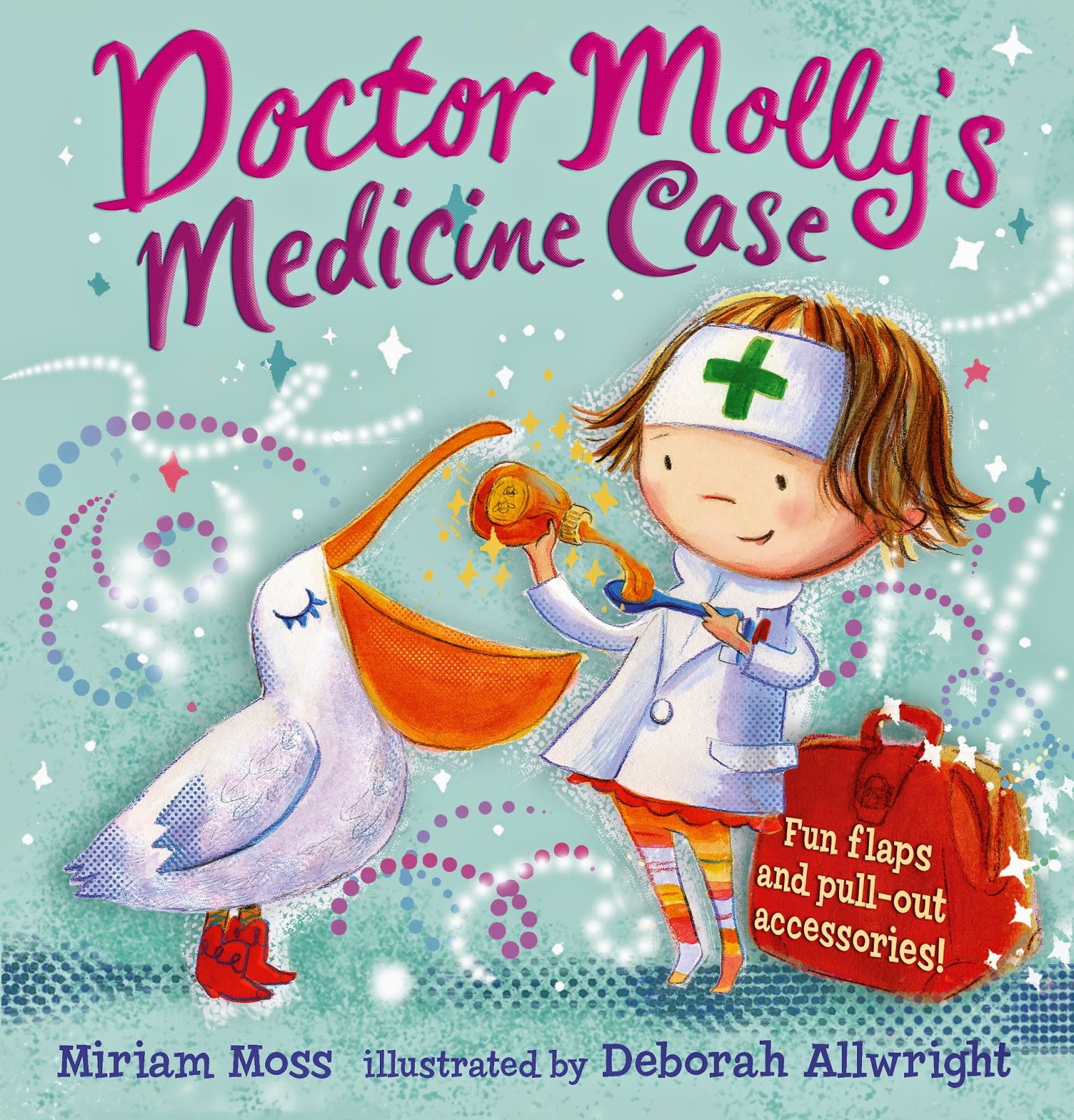 The idea for the story began, says Miriam, when I heard some children singing this song:

Something I’d always wanted to write about was how fascinated young children are by bumps and bruises, cuts and grazes. I knew how much children love making others feel better when they’re hurt or down in the dumps, so in my story I wanted the child to be the doctor, to be the one in charge. That’s why I gave my Doctor Molly the most magical of all medicine cases with absolutely everything in it that could possible make anyone better. And I imagined all the things we might be able to include in the book for the children to play with: soothing cream, medicine and spoons, plasters and bandages, a thermometer!

To begin with I wrote a rhyming story where Molly was run off her feet looking after her family, but then I felt that the story needed to be younger and less complicated, so an even younger Molly arrived, playing in her bedroom with her toys – but still, of course, entirely in charge!
For her toys, I experimented with a clown and a fairy, an antelope, a camel, an elephant….  But it wasn't until I saw Deborah’s sample sketches that I knew exactly which ones I wanted to use: a pelican wearing cowboy boots, a crazy green crocodile…. 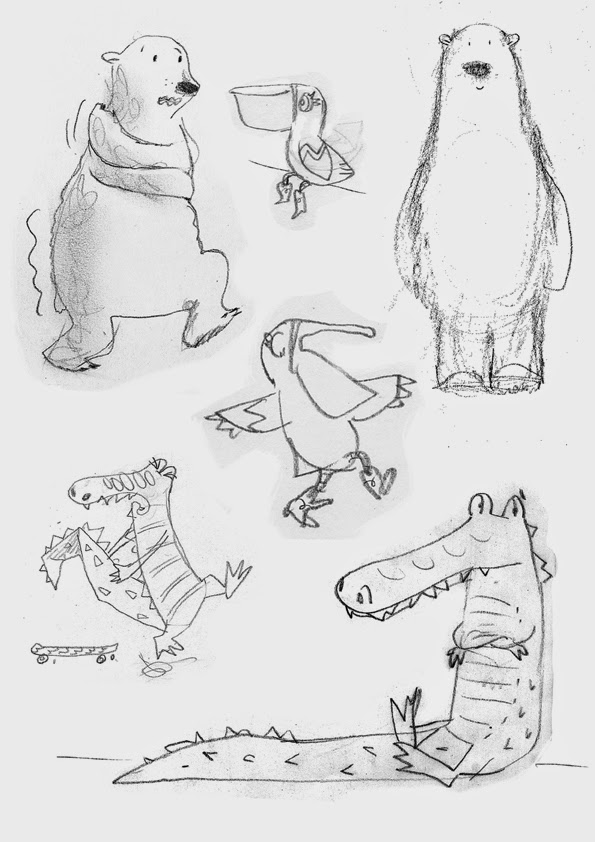 and a huge gentle polar bear! 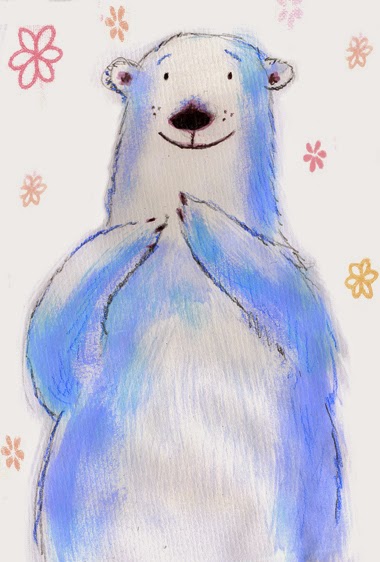 I had sketched a menagerie of toys inspired by Miriam’s story, Deborah says. Many were animal characters that sneaked in from my own childhood, like home made ones sewn from patterned fabrics that wore little knitted scarves - and Miriam was quick to decide on which ones worked for her. These toys take on action packed lives in Molly’s imagination and we both really liked the size differences when each makes their appearance in the story.

Our main character, Molly, makes her transformation when she dresses up, and on the turn of a page flap becomes Doctor Molly!

She was fun to draw though I did go through many other Mollys before settling on this character with her distinctive hair band, white coat - and her most important accessory - the Doctor’s Case.

And this was the best part. From this moment we felt that Doctor Molly really was in charge; that all the children would really want to see what was inside that bag! And the genius use of flaps, reveal the contents  - which truly is like magic! 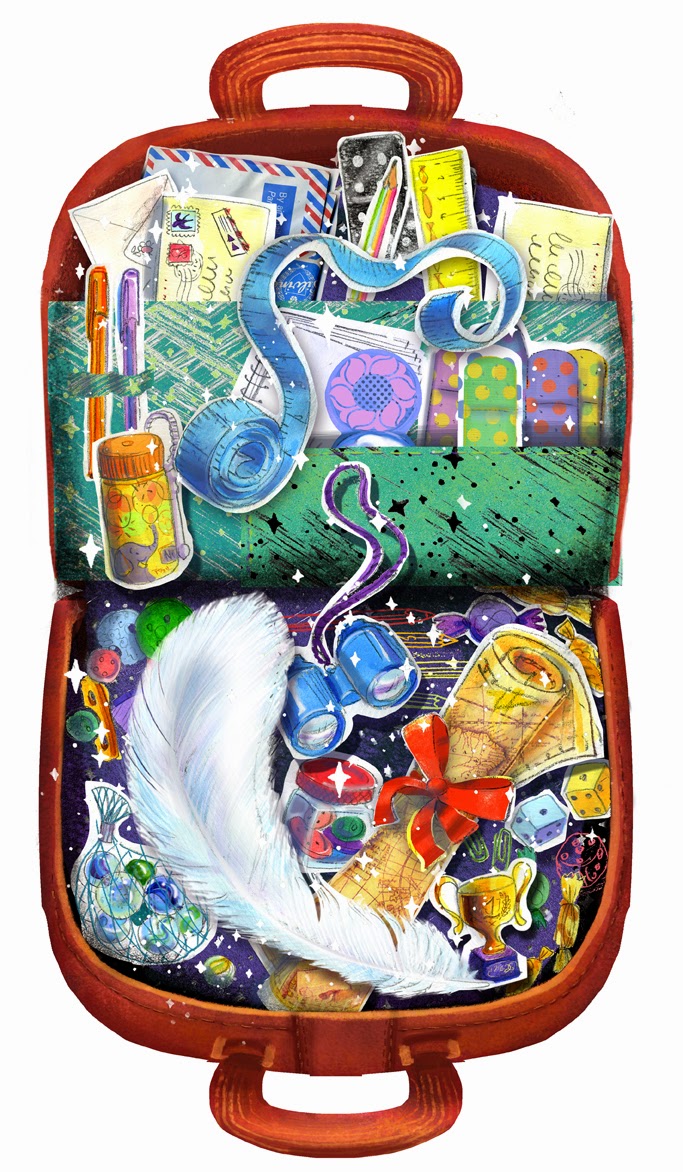 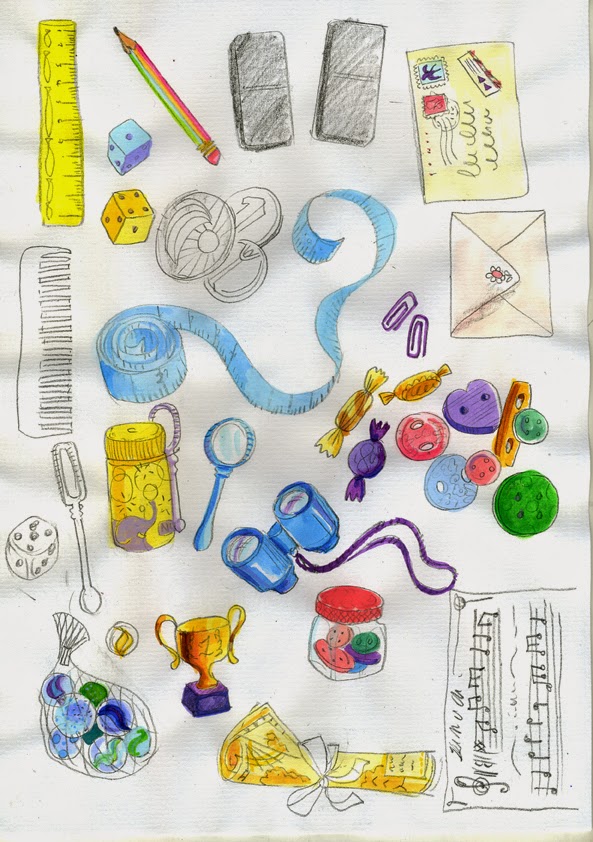 We wanted each opening of the case to show new and exciting contents, different and wondrous each time. So we came up with lists of fun things that you might hope to find: pretty marbles, binoculars, balloons and secret maps. The interior also has painted pockets and sleeves stuffed with notebooks and coloured pencils. Somewhere in each case is the cure Doctor Molly seeks to sooth her animal patient. 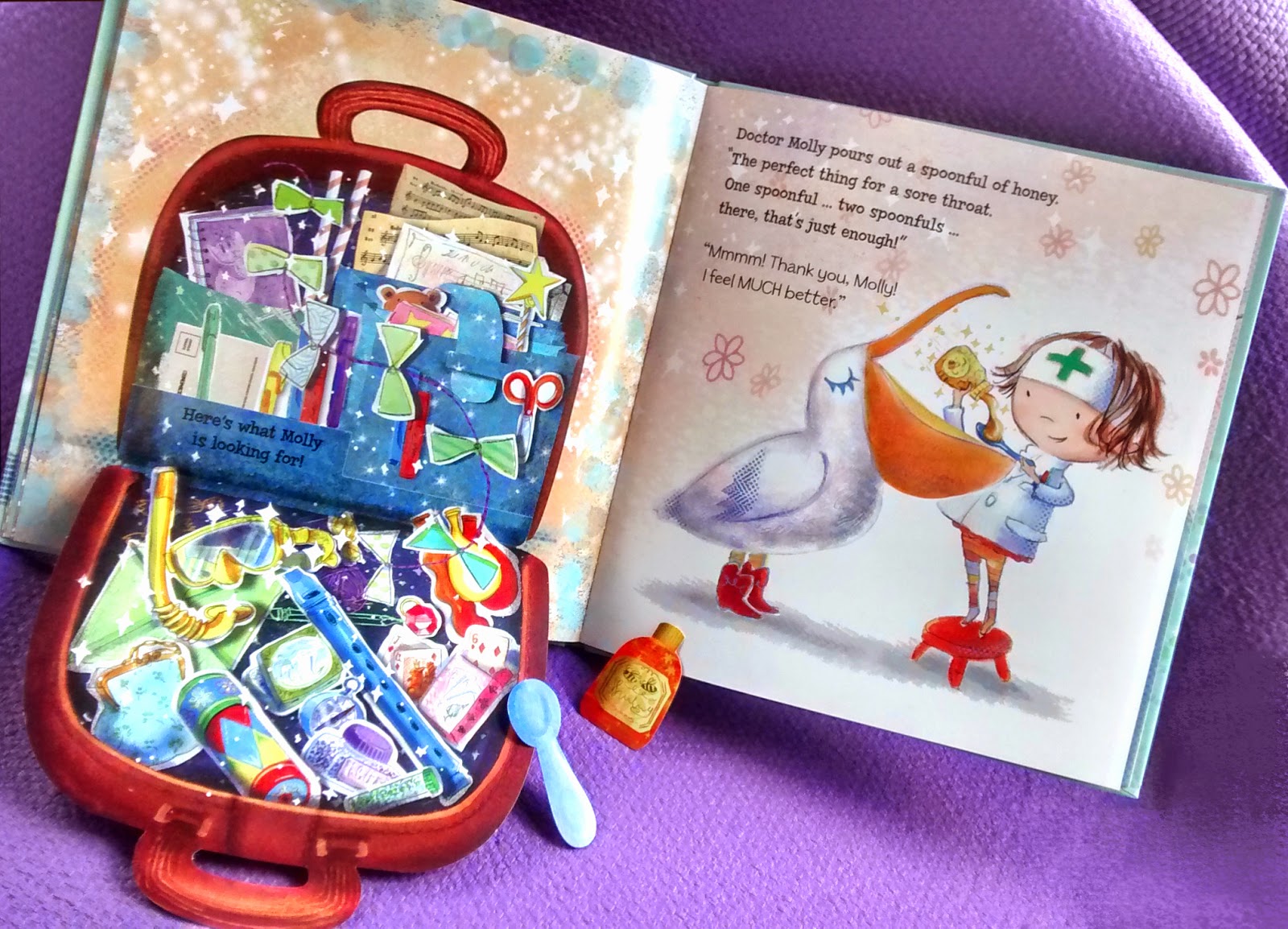 There was an enormous amount to think about to get the artwork of the doctor’s case to sit next to the facing page of Doctor Molly caring for her animals.

I used a soft painted palette in water colour for the characters with coloured pencil line and the doctor’s case has a darker contrast to give depth, it could be described as decoupage as the items layer one over the other. You want to pick them up! 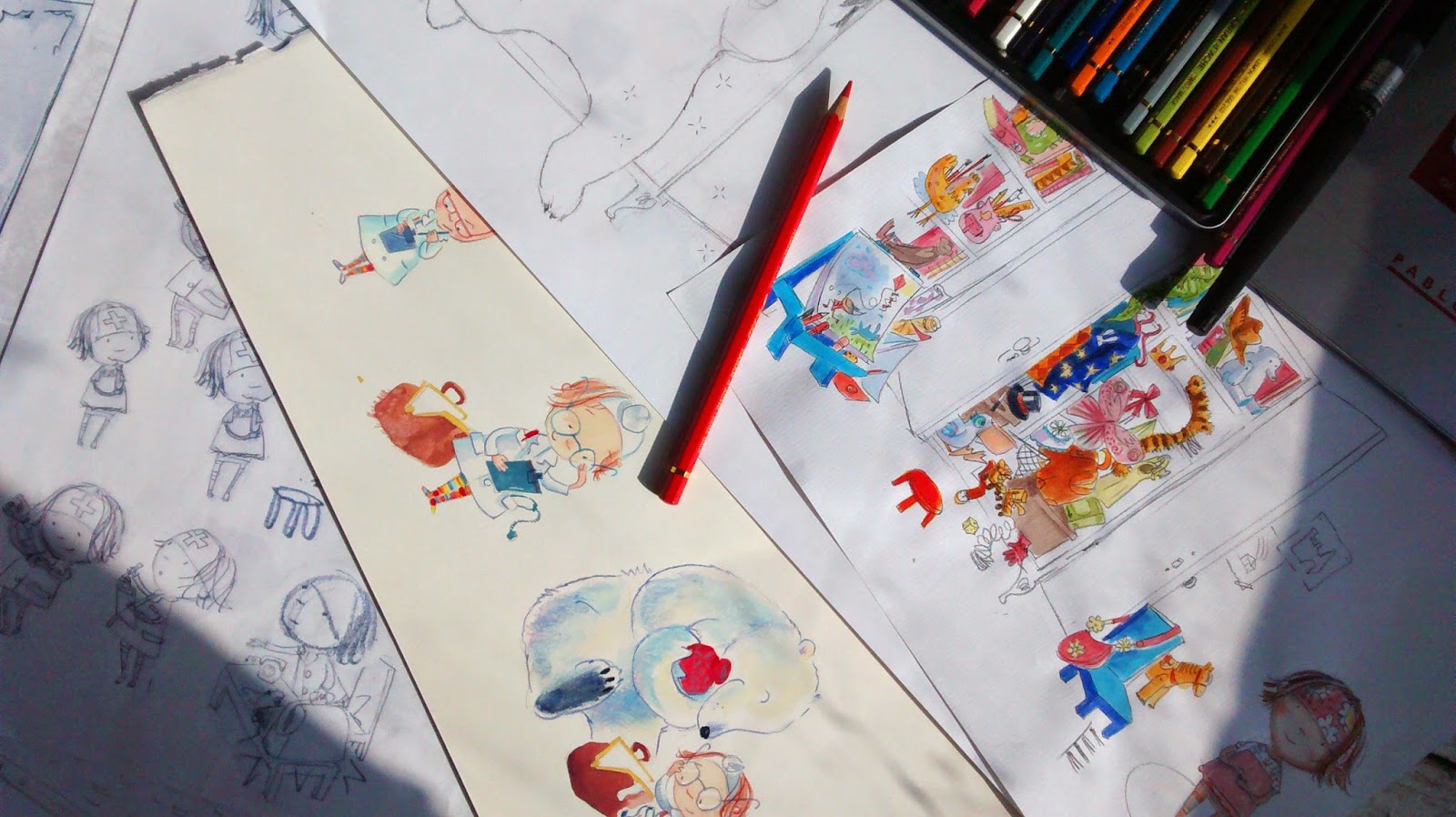 For each animal there’s a reason why they need Doctor Molly’s help. My favourite is the crazy Croc skateboarding wildly and crumpling his tail. That used to happen to me on my roller skates! 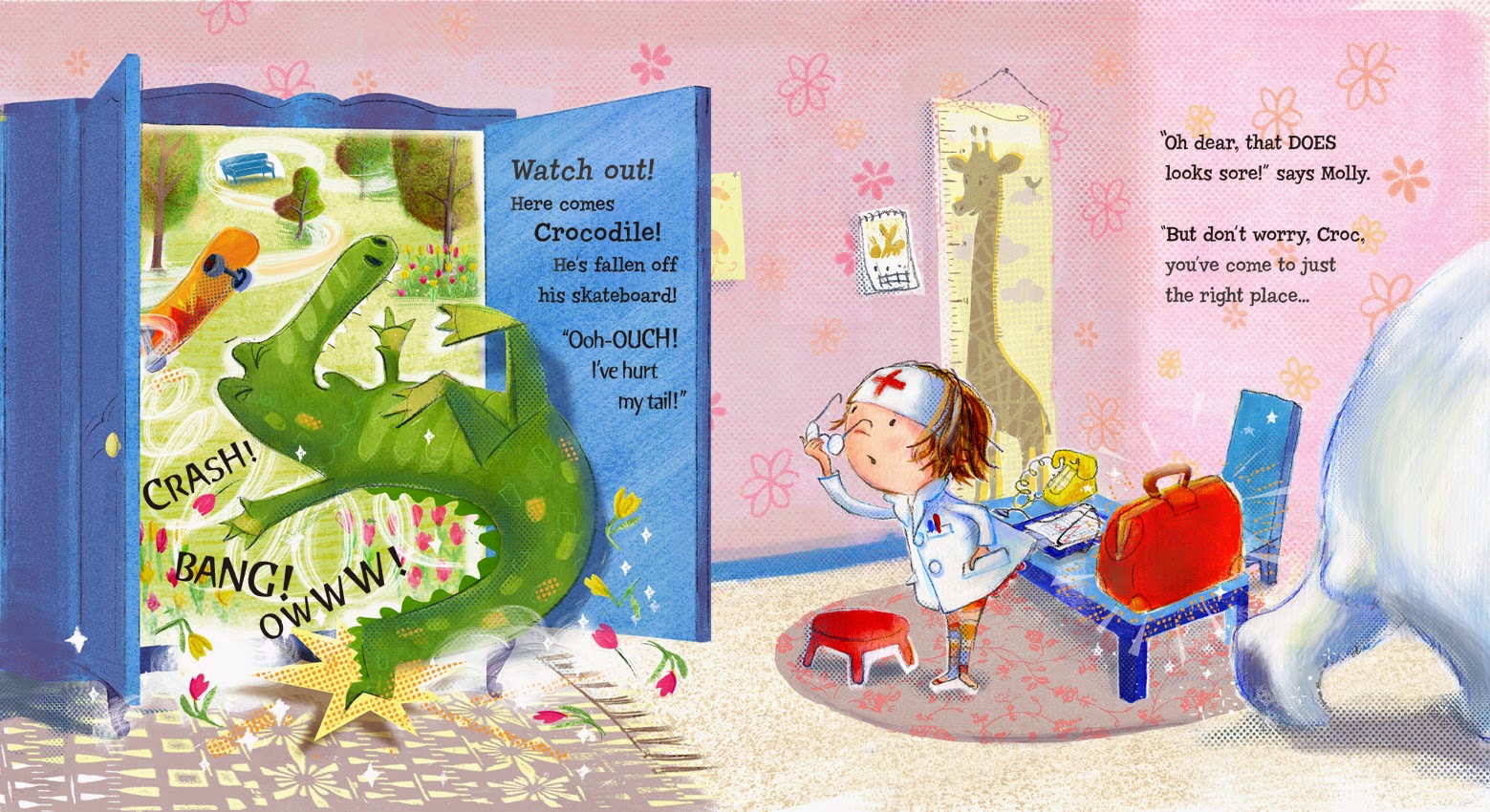 Both of us wish we had a magical medicine case - just like Dr. Molly’s!

Thank you, Miriam and Deborah, for visiting the blog!

You can pick up a copy of Doctor Molly’s Medicine Case at your local bookseller.