Win a pack of perfect picture books this half term!

With half term in full swing, we’ve got a bumper prize of amazing picture books that you could win!

The prize includes Arthur’sDream Boat by Polly Dunbar, And the Cars Go… by William Bee, Ballet Cat by Fiona Ross and Stick! by Andy Pritchett.

All you have to do is enter your details below for a chance to win!

Competition closes 31 July 2013. Open to residents of the UK and Ireland only.
Posted by Picture Book Party at 11:30 No comments:

And the Cars Go... by William Bee 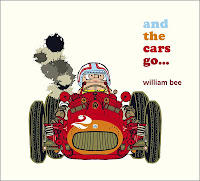 This month we went behind the scenes with author-illustrator William Bee and asked him all about the inspiration behind his latest book, And The Cars Go...

And The Cars Go... is full of illustrations of all kinds of amazing cars. Have you always been interested in drawing cars?
Yes! Second only to owning them. Although the cars and other vehicles in this book are caricatures of real ones. None of them are very day to day, even the family estate car has wood paneling.
What car do you drive?
I am always changing my cars, but at the moment I have just the three. For day to day rushing about i have a little Smart car - good fun to drive on country roads. I also have a 1994 Jaguar XJR 4 litre Supercharged, which is very fast and very thirsty ... and I have a 1930 Austin Seven which I race in historic championships. I just sold my 1968 Daimler - it now lives in Hampshire.

If you could have any car, what would it be and why?
A 1930's Bugatti. It would be like owning a work of art. A noisy, very fast and exciting work of art. 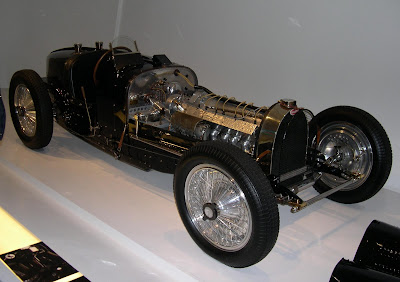 Did you always want to be an author/illustrator?
Nope. I wanted to be a car designer, but was put off when I was told I would need to be a whizz at maths and physics. Later i found out this was nonsense. Although I  have always drawn, the writing part was more accidental - who else was going to do it?

How do you go about creating your illustrations?
In the case of this book - and the train book too - I draw elements of what I want on paper with an ink pen, scan them into the computer and then manipulate them into the final 'shape'. It's very much like collage. 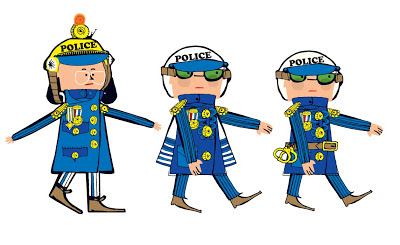 What was your favourite book when you were young?
I think it was the Ladybird book of Motor Cars - gosh we do have a theme ...
What do you enjoy most about making picture books?
The initial ideas, and developing them into something I can read to the team at Walker. I also very much enjoy working with editors and designers, it's not just that I could not do it without them, the books would be much poorer too.

What advice would you give to children who want to be an author/illustrator when they grow up?
Keep drawing! Most people stop at a certain age. The writing I do not know - I frankly have no idea what I am doing.

How do you come up with the ideas for you books?
They are usually visual  I think.  The train book was based on an image I did for a fashion company (the car book is just a logical extension of that). 'Whatever' was me having no one to write for me, so coming up with a simple idea which allowed me to draw a variety of odd things. The frog book came from hearing a radio programme about frogs, and a list of frogs which included 'the Edible Frog' - which struck me as a very unfortunate thing to be ... and this was on my mind when I saw one of those 'Beware of the Dog' signs the same day.


What's your studio like?
Here a re a few pictures. It's looking very tidy, but usually there are big sheets of paper strewn all over the place. The most important thing is that i am at home - I could not work in an office.

Get your hands on a copy of And The Cars Go... by William Bee at your local bookshop.

With half term just around the corner and the sun still not quite shining, we've put together a bumper selection of downloadable activity sheets, perfect for keeping little hands busy. Join the dots, match the pairs, colour, cut, create and get crafty! Check out all the different activities here. 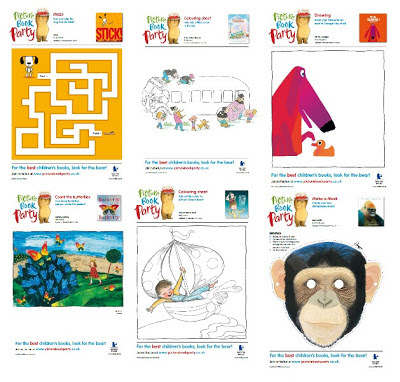 Posted by Picture Book Party at 15:41 No comments: