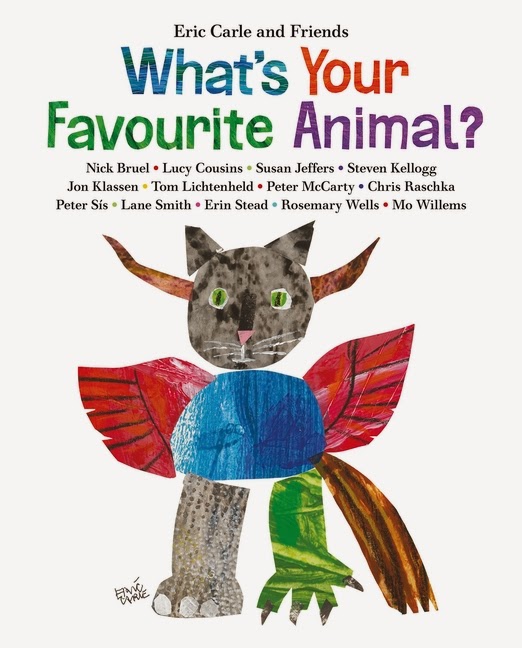 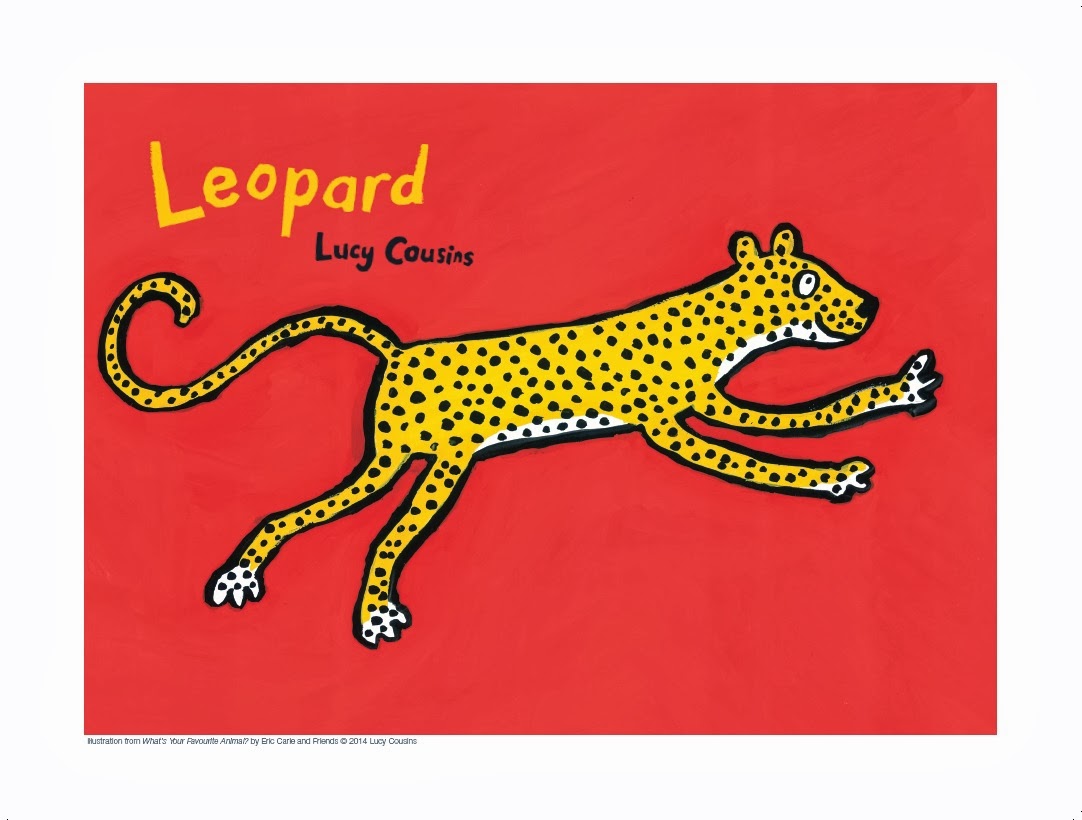 To celebrate What’s Your Favourite Animal?, we have a copy of the book plus a set of three limited edition prints to give away, including Eric Carle’s cat, Jon Klassen’s duck and Lucy Cousins’ leopard. For your chance to win, just tell us your favourite animal and email it to marketing@walker.co.uk with ‘Favourite Animal’ in the subject line, along with your name and address before 21st March 2014. 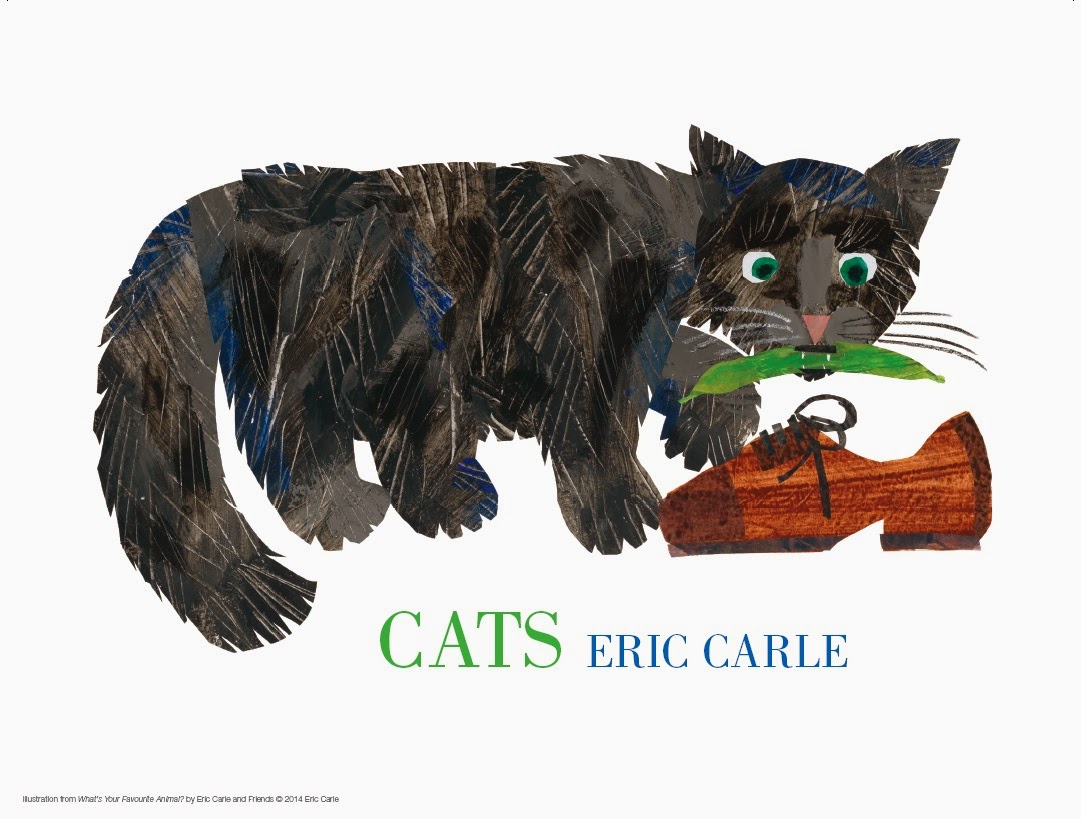 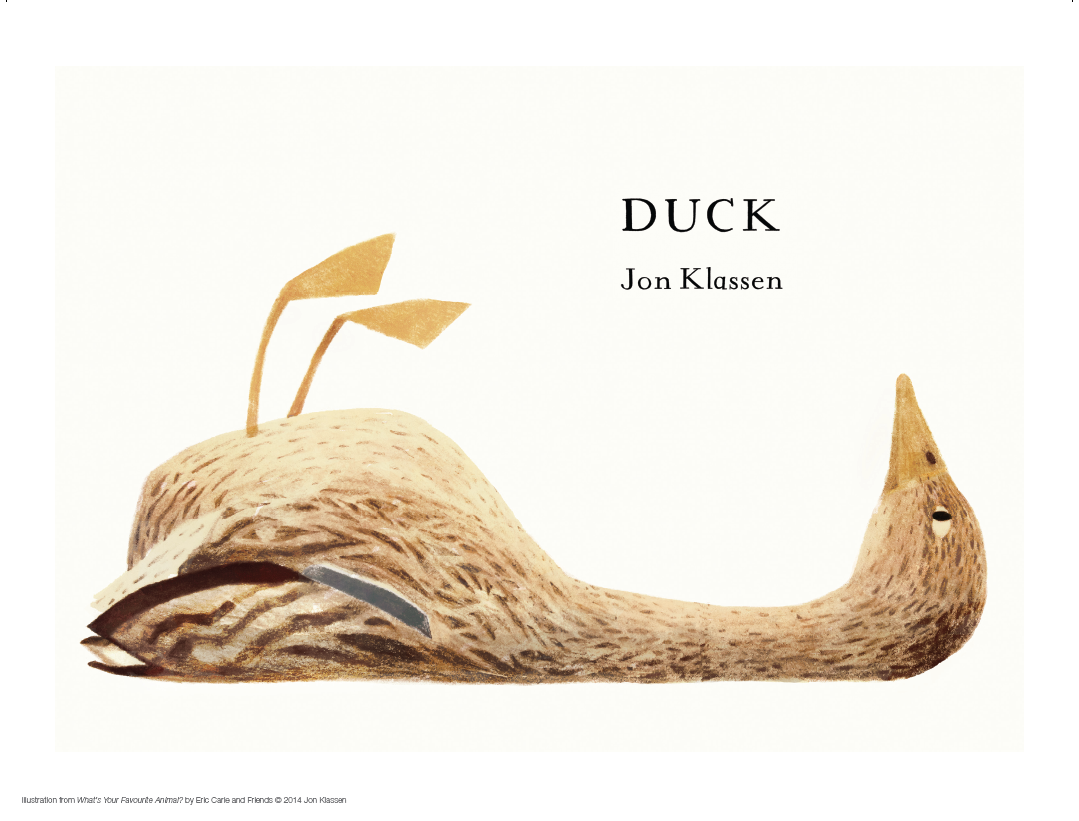 Get your hands on a copy of What’s Your Favourite Animal? by Eric Carle and Friends at your local bookshop. Have a go at drawing your own favourite animal with this free activity sheet.

By entering this competition, you are agreeing to our terms and conditions. Your details will not be shared with third parties.
Posted by Picture Book Party at 15:51 No comments:

To celebrate the paperback release of Hooray for Bread, we took illustrator Bruce Ingman out for some yummy bread, pastries and hot chocolate to chat about his inspiration, his illustrations and his favourite ways to eat bread! 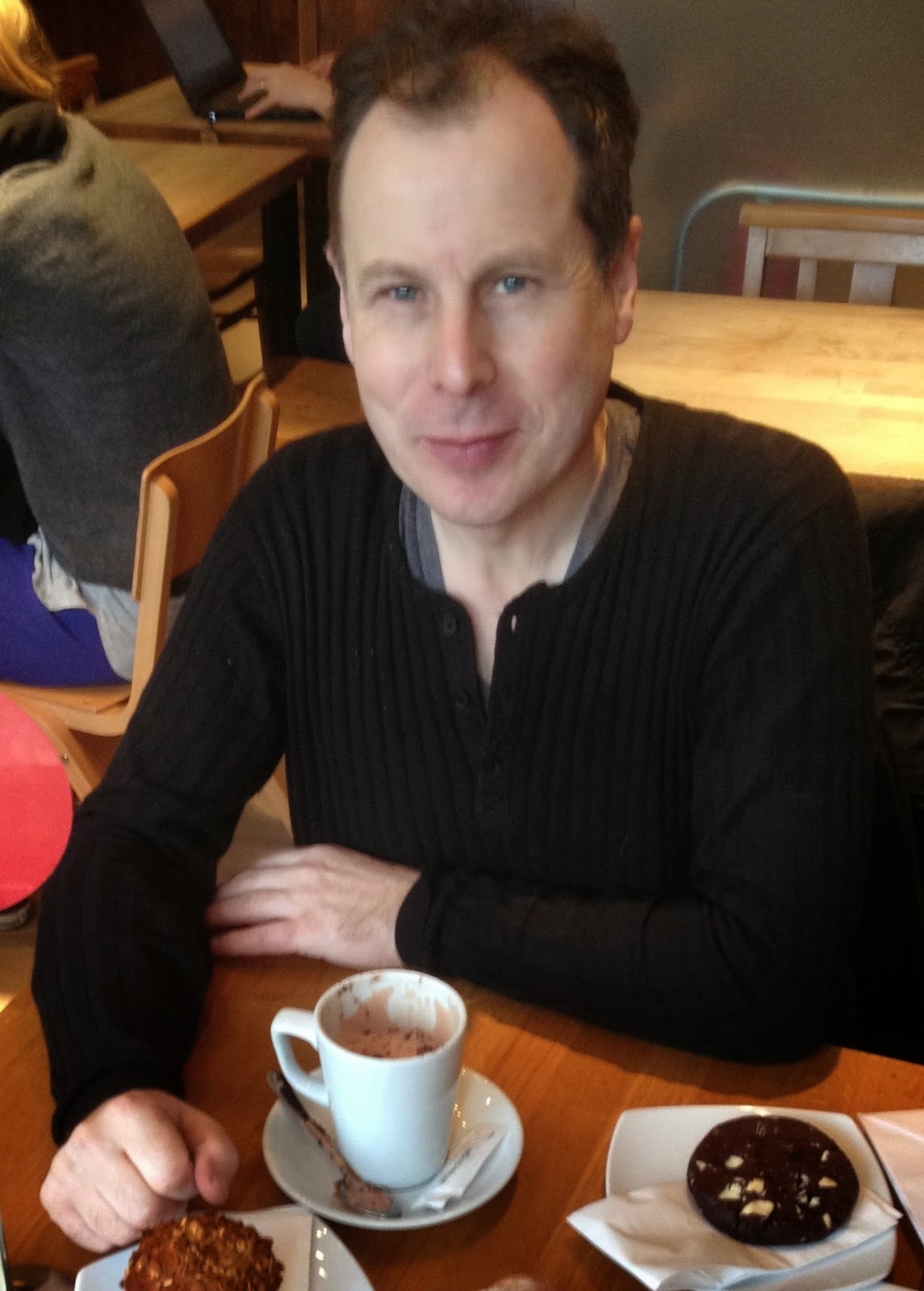 What’s it like working with Allan Ahlberg?
It usually starts with him sending me a story, but sometimes he reads it over the phone to me and we talk it through. He’s very open to my interpretation of his stories. I send him my artwork and I get it back with little ticks on it, some red pen, and little comments!

You’ve got a very distinctive style. Did it take long to develop that style?
It’s still evolving all the time. I’ve tried to make it a bit softer, to work for a younger audience. With realistic representational work it’s more about technique and concentration, whereas my style is more about feeling and form. It looks like it’s done in two seconds, but it isn’t!

How did you first get into illustration?
I studied Fine Art at college. I suppose I should have done Illustration, but in hindsight I’m glad I didn’t, because Fine Art gave me a wide scope of influences and ambitions. While I was studying, my friends ran the Film Society, and I used to go into college at weekends and make posters for them. I’d guess what the film was about. For a film called Mon Oncle, I thought: “that’s about a boy and his uncle”, so I’d make a poster of a boy and his uncle, and by doing that I was able to show my work in public. 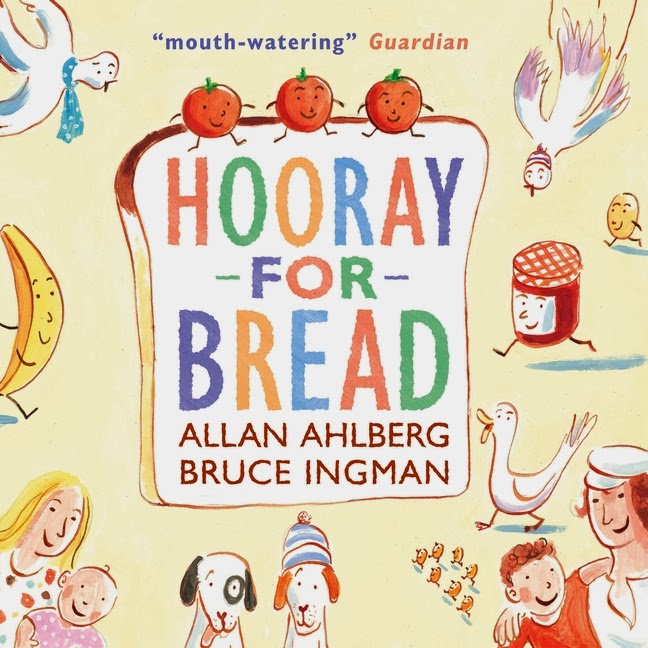 How do you go about doing your work?
I worked at home for a while, but doing that makes you realise that you’ve got to have a routine. If you just stay at home and don’t meet anyone, you won’t get any work done. But when you’re in the studio with other artists, you support each other. These days I work in Great Western Studios, by Regent’s Canal.

What advice would you give to an aspiring illustrator?
Well I teach now and often while I’m setting up, the students aren’t doodling or drawing; they’re just waiting to be taught. They don’t realise that it’s about participating and being passionate. If you have ten minutes to spare, you should do some drawing rather than text your mates! One time I was giving a tutorial to a student, and while she was in the studio waiting for me she had drawn one of the studio’s round windows, with a scene behind it from her imagination. I thought that was brilliant – rather than sit there and text her mates, she had the passion to create something.
So how did you move into children’s illustration?
Somehow I ended up teaching Fashion at Nottingham, and the head of Fashion asked me to draw her cat for her. I went to her house and drew the cat, which was supposed to be quite realistic, but to make it more interesting I drew the cat drinking sherry, chatting on the phone, and wearing a frock. I later went to see a publisher with my portfolio and they spotted the cat and asked “can you develop that?” – Eventually it got published as a children's book!

Do you have a favourite story that you’ve worked on?
I’d have to say The Pencil. It started as a book with no words, then Allan gave me the first verse and said “try to think where that goes”, so I sent him little drafts in the post. Next thing I knew he had come up with this whole book. I should say Hooray for Bread though shouldn’t I?!

Are you any good at baking bread?
I’ll hold my hands up and say no. I can boil an egg though. (Check out Bruce's personal boiled egg recipe here!)

What kind of jam?
Raspberry.

Marmite - Love it or hate it?
I'm ambivalent towards it.

What’s your perfect sandwich?
When I’m hungry, a banana sandwich is always nice.

Fancy baking some bread yourself? Follow our special recipe for a delicious loaf in four easy steps!
Posted by Picture Book Party at 11:25 No comments:

So Cosy by Lerryn Korda


This month, to celebrate the publication of So Cosy, we went behind the scenes with author and illustrator Lerryn Korda to take a sneak peek inside her sketch book and find out how she developed the story for her new picture book...

It has been wonderful to work with Walker books again.  Here is my new book – a cosy bedtime story for young children.  I hope you like it!

Sometimes people ask me how I get ideas for books so I want to show how So Cosy developed from one idea to something quite different. I find ideas evolve as I keep writing and drawing.  Sometimes I have no idea where an idea will go which is really exciting. So Cosy started off as a book about a tortoise called Slow Coach.  I’m hoping he will appear in another book.

In Slow Coach’s story he met a dog and it started to look quite cosy.  Unfortunately tortoises are not very snuggly so some other animals came along.

Here are some of my early So Cosy thumbnails.  They are quite messy and I do lots of them to figure things out.

Here are some quick sketches working out how many animals there would be. I didn’t want to use the computer on So Cosy and here are some of my painted workings out!

Colour is really important to me and I take a long time working on a palette for a book.

Here are the animals painted so I can move them around and see how they work together or not!

The final elephant and goose colours. Mouse is small but very important in the story.  Here are some character sketches.

One of my favourites, Hilda by Luke Pearson above my desk. I have found a few books that I had and loved as a child.

Anything Moomin!  The Giant Jam Sandwhich.
I remember the day I got this – it seemed as though I had been waiting for so long.  It became a favourite.

As a child I loved books and made loads.  Here are a few.  Despite my love of story and books I was not very good at spelling and grammar and my work was often covered in corrections from my teachers.

All sorts of things inspire me.  Currently I’ve been looking at the work of the Provensens and their brilliant Tales from the Ballet.

I saw the work of John Allin on one of my favourite blogs, www.spitalfieldslife.com.  He painted the Jewish East end much of which is now gone.

Find So Cosy at your local bookshop!

Posted by Picture Book Party at 12:44 No comments: