This year we had over 600 entries to our children’s story writing competition in collaboration with Mumsnet and Gransnet, and we are delighted to be publishing the ten winning stories in The Mumsnet Book of Animal Stories. This beautifully illustrated gift book by parents, for parents, includes the winning stories chosen by a panel of judges, including Anthony Browne, Miriam González Durántez, Lucy Mangan and Justine Roberts, CEO of Mumsnet.  To celebrate, we asked some of our authors and illustrators to share their favourite animal stories with us: 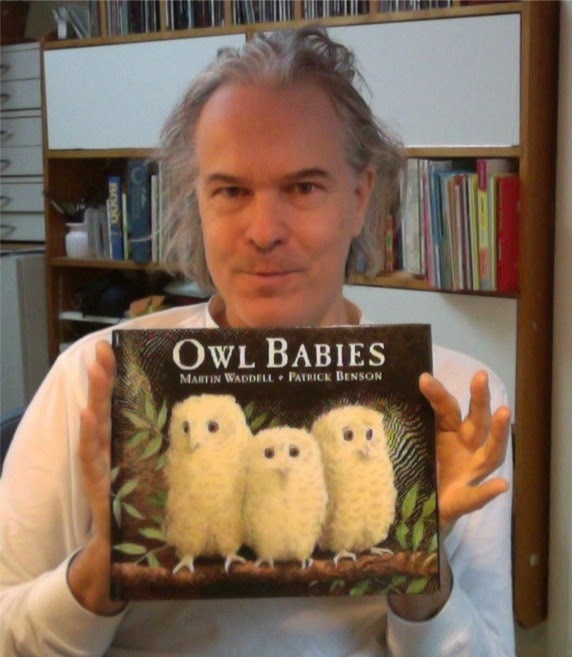 "I choose Owl Babies. This simple tale of a Mum and her babies is one of the oldest stories on the planet but, as the song goes: ‘it ain’t what you do it’s the way that you do it’ and Waddell and Benson do it to perfection."

"I Want My Hat Back by Jon Klassen is a very funny book. It’s one of the books that everybody, children or adults love. The illustrations are simple and bold. The whole book is beautifully produced, published by Walker Books.  The story is about a bear who has lost his hat. He asks all the animals, including a rabbit with a red hat, if they have seen his…red hat. None of the animals have seen it, not even the rabbit with ….a red hat. I love the dialogue between the bear and animals. It is so well written and so funny. The bear then remembers where he saw the hat last time and he goes to fetch it. Later on a squirrel asks the bear if he has seen the rabbit, but the bear…. hasn’t seen the rabbit. Ehm, why should he? The bear loves his red hat.


Simon James
My favourite picturebook involving animals is George and Martha, by James Marshall, a series of books, each with five of the shortest stories you will ever find. (I think it is best to buy the complete edition with all the books in one volume, as in the photograph). Having made books myself for more than twenty years, I remain fascinated by what makes a great picturebook, it's far from obvious.

With George and Martha however, I am looking at something exquisite. With the most perfectly paired-down, minimum of words and the most  wonderfully imperfect drawings, James Marshall has created a series of superbly realised moments between two hippos who happen to be neighbours and best friends. Through a genius for wry humour, he depicts all the foibles, misunderstandings and enduring warmth that can occur in any relationship between two people. It is never cloying or cutsey, but told with real observation for character. As with all the best picturebooks it is deceptively simple and wise with rich insights to be found for anyone of any age. All this book requires is two people to sit down and share together, preferably out loud.

I have many hundreds of picturebooks on my shelves, but this book sits on my shelf of favourites, I could have chosen 'Flix' by Tomi Ungerer, or 'Dr De Soto' by William Steig, or even, 'Clarence goes Out West and meets a Purple Horse' by Jean Ekman Adams. I hesitated for a tiny moment whilst choosing, but in the end, there is no book quite like 'George and Martha'. 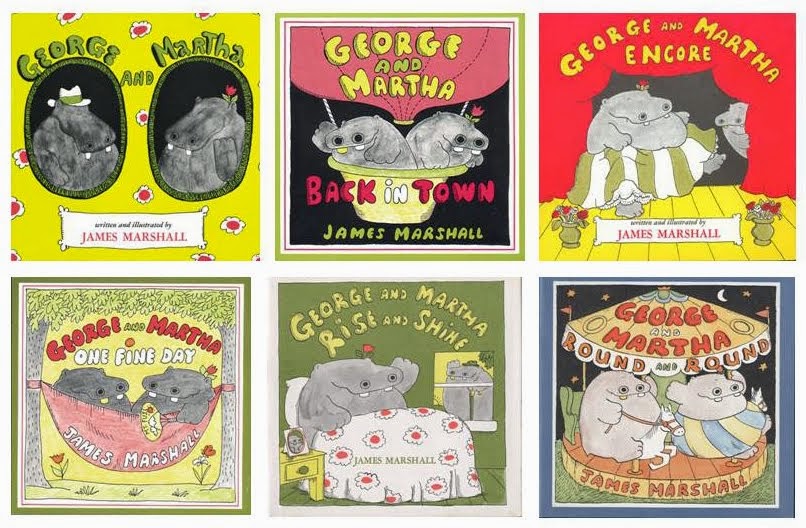 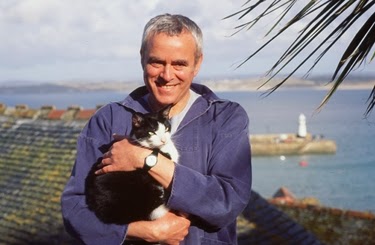 "I found it difficult to decide on my favourite animal story so I tried to think of my favourite animal (besides our family cat, Tex.)  Then I decided to suggest Why the Animals Came to Town because it has many, many different animals from all over the world all coming down one little boy's street, asking for his help."

I am a Bunny by Ole Risom, illustrated by Richard Scarry. I was read this book when I was a toddler and loved it dearly, one reason being that the bunny in the story was called Nicholas, just like me. It's a very simple tale of a rabbit experiencing the four seasons but the illustrations are quite extraordinary in their power to evoke the sensations of being out in the rain, snow, wind or sun and it's hard to think of a more comforting image than the final one of Nicholas, so cosy in his hollow tree home.