Just in time for April Fools’ Day, multi-award-winning, bestselling duo Mac Barnett and Jon Klassen have conspired again on a slyly funny tale about some very sneaky shapes in Triangle. We’re feeling particularly sneaky at WalkerHQ and have put together some suggestions to trick your little ones this April Fools’ Day. 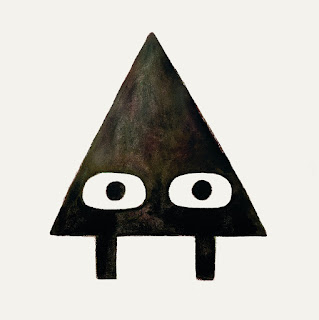 Meet Triangle. He is going to play a sneaky trick on his friend, Square. Or so Triangle thinks...

This mischievous, shifty-eyed story about some very sneaky shapes is the first tale in an exciting new shape trilogy that approaches the traditional concept from a whole new angle. 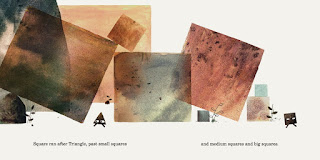 You can get your hands on Triangle at your local bookshop. Happy reading! 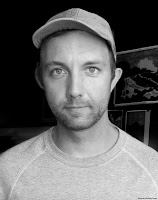 About Jon Klassen
Jon Klassen is the author-illustrator of I Want My Hat Back, We Found a Hat and This Is Not My Hat, the only book to ever win both the Kate Greenaway and Caldecott Medal. He also illustrated Mac Barnett's Extra Yarn and Sam and Dave Dig a Hole, and served as an illustrator on the animated feature film Coraline. His illustrations for Caroline Stutson's Cats Night Out won the Governor General's Award in 2010. Originally from Niagara Falls, Canada, Jon now lives in Los Angeles, California. Find Jon online at burstofbeaden.com and on Twitter as @burstofbeaden.

About Mac Barnett
Mac Barnett is the author of several award-winning books for children, including President Taft Is Stuck in the Bath, illustrated by Chris Van Dusen, and Sam and Dave Dig a Hole and Extra Yarn, illustrated by Jon Klassen, which won a Boston Globe–Horn Book Award and a Caldecott Honor. Mac Barnett lives in California, USA. Find Mac online at macbarnett.com and on Twitter as @macbarnett.

Posted by Picture Book Party at 16:06