Celebrate 30 Years of We're Going on a Bear Hunt with our competition! 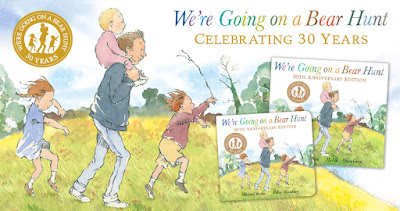 For thirty years families everywhere have loved to join in the refrain...

We're going on a bear hunt.

We're going to catch a big one.
What a beautiful day!
We're not scared.

Michael Rosen and Helen Oxenbury's much-loved interpretation of this familiar join-in story has made We're Going on a Bear Hunt a genuine modern classic. Their sparkling retelling has had readers swishy-swashing and splash-sploshing through the pages and has captured the imaginations of children and their parents since it was first published to great critical acclaim in 1989.

To celebrate the 30th anniversary we have FIVE copies of the We're Going on a Bear Hunt 30th Anniversary Edition paperback with a poster and a bear plush toy to give away! This competition has now closed, good luck! 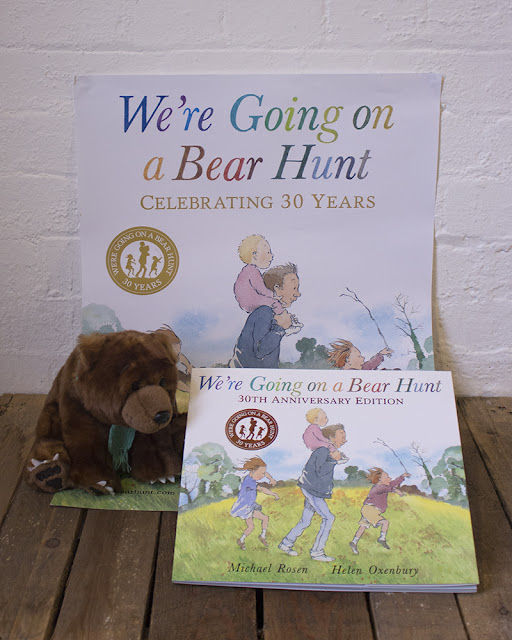 Posted by Picture Book Party at 16:12

Email ThisBlogThis!Share to TwitterShare to FacebookShare to Pinterest
Labels: competition, we're going on a bear hunt