In the end my story turned out quite differently to my original idea. Although the story had changed, there were a few things that I kept the same. The main thing was for the story to be able to be read without words so that children can understand everything just by looking at it. I also wanted there to be other visual interests in the book that children can find themselves. In the first story there were glimpses of the berries that the birds were looking for all along throughout the story, and in A Bit Lost it is the mum looking for her child. 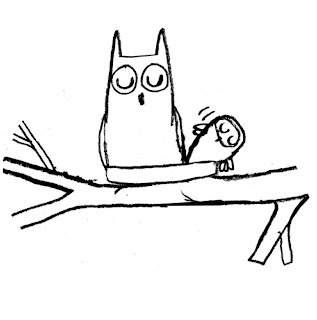 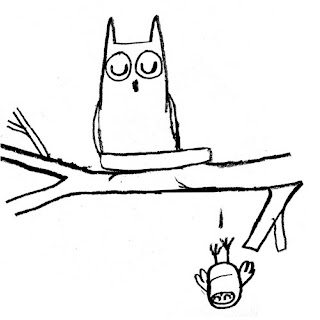 The first images for A Bit Lost! 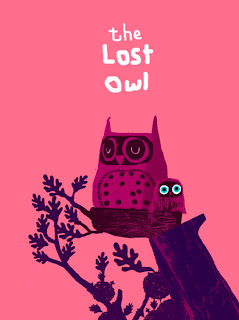 Although I changed the story, you can see the patterns on the owls were similar to the original birds and I was using all the same colours. 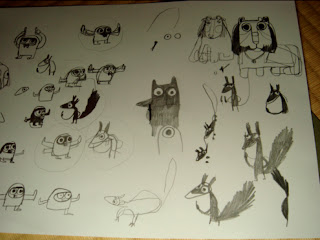 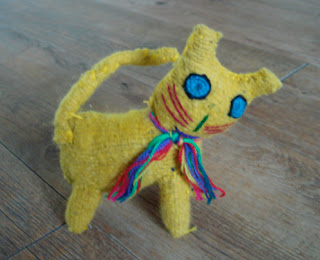 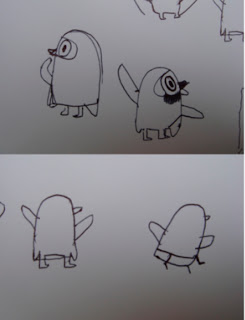 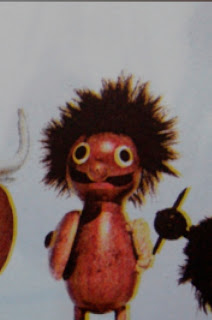 And a bit of Henri Rousseau.

I had the idea of doing a leporello (non-accordian) fold-out so that you can follow the path that owl takes as he falls. I ended up dropping this idea too. But there is still a half page where little owl drops on the opening spread. 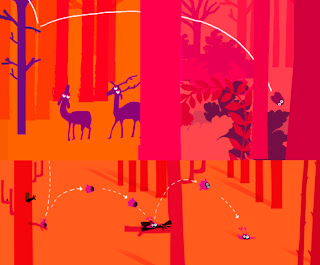 Eventually I lost most of the pink colour from the owls too. By now it has now become almost unrecognisable from the original story 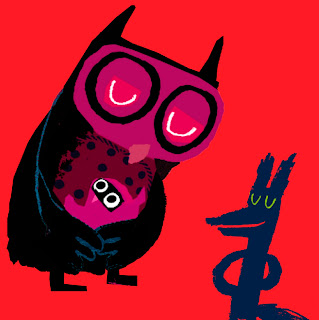 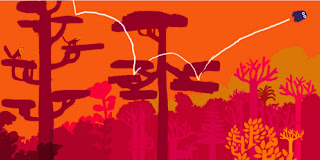 I started going a bit mad with all the trees.... 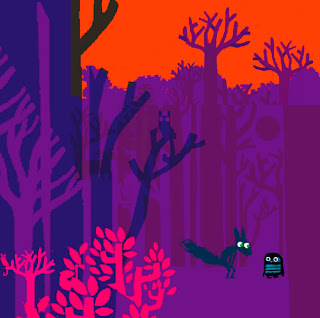 One thing I like about these images is the only white on the page is the white of the eyes of the characters. It focuses attention on them in what would otherwise be a very busy image. 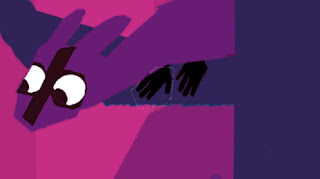 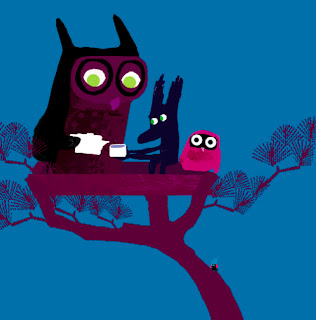 Watch out for the third and final part of Chris's guest blog about the making of A Bit Lost, coming very soon to a computer near you!
Posted by Picture Book Party at 17:51