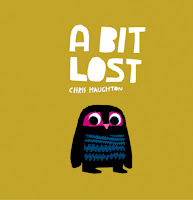 We were absolutely delighted to receive the news that 'A Bit Lost' by the lovely Chris Haughton was presented with the CBI Bisto Award and the Eilis Dillon award this week! This is the first time in the history of the awards that both the overall and Eilís Dillon Awards have been presented to the same person. The announcement was made by Irish Minister for Children and Youth Affairs Frances Fitzgerald TD at a ceremony held at the National Library in Dublin.

A Bit Lost tells the story of an accidentally orphaned owl, who, after falling from his nest while sleeping, sets out with the help of new friends to find his way home to his mummy. The judges, said that "the work’s brilliantly simple verbal text, complemented by a quirkily psychedelic and surreal visual text, captures both the anxiety and thrill of being lost."

In addition to this Chris spent a fun filled day at Waterstones Piccadilly in London this week drawing on the blackboards in the Children's department. These will remain up for a month and showcase some of the fantastic art from 'A Bit Lost'. 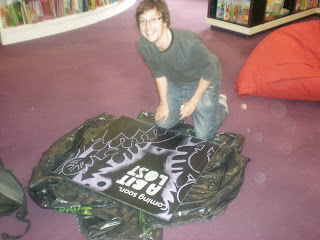 Chris mid creation on one of the chalkboards 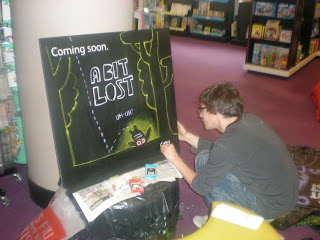 As the little owl falls.... 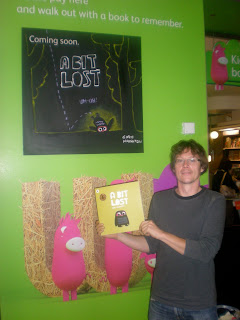 Chris with one of the finished boards in the store
Posted by Picture Book Party at 15:57