How did they come from Zabalooloo? Behind the scenes with Sean Taylor 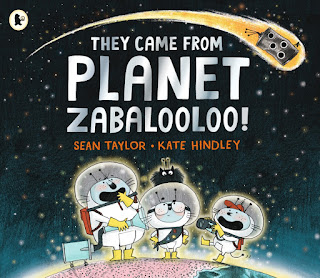 We are friends on epic adventure to Planet Earth! We got space ship! OOH LA LA!
From Sean Taylor and Kate Hindley comes a wildly inventive, contemporary picture book comedy about aliens. Boron, Bazoo and Zob are three extra-terrestrials on a mission. They’re going to get a 'big-sized thing' from Earth and bring it back to their home planet, Zabalooloo! Something like … an enormous elephant!
But this goofy, giddy trio are simply too overexcited – they’re never going to catch anything if they keep wiggle-woggle dancing, taking selfies and shouting, “Ooh la la!”.

Behind the scenes with Sean Taylor


We’re excited to welcome Sean Taylor to the Picture Book Party blog for a behind-the-scenes on the making of They Came from Planet Zabalooloo!

Like lots of interesting creations, the plot for They Came from Planet Zabalooloo! started when two unconnected things met.
First, I had a story in my head. The title was: THEY CAME BY SPACE BICYCLES! Here’s my scribbled plan for that story: 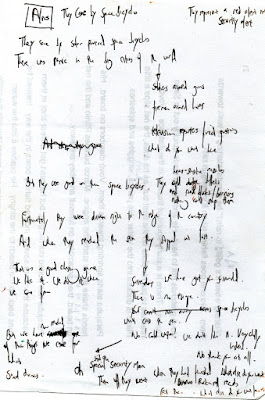 If you can read any of that, you’ll see it’s a plan for a story about a group aliens arriving on planet Earth. Armies, fire brigades and TV reporters assume they are dangerous invaders. But it turns out they’re only after something they don’t have on their planet: rock’n’roll records…

I knew this wouldn’t make a good picture book story. Alien planet-invasion is a big theme for a small book. Rock’n’roll records may mean something to old codgers like me, but they won’t mean and awful lot to 3-6 year-old picture book readers. So, this scribbled plan lay around on the floor in my studio, going nowhere fast (by space bicycle.)

Then one tea-time, our son Rafa (now seven…then five) decided he’d entertain us by acting out something his teacher, Mr Hewitt, had got his class to do. It was a piece of fun where the teacher calls out the names of different kinds of beans, and the children strike particular poses. ‘FROZEN BEANS!’ means you wrap your arms around yourself and shiver. ‘RUNNER BEANS!’ means you run on the spot. And so on.

It’s a fairly well-known game. But Rafa, being a naturally hilarious performer, managed to give the different beans all sorts of extra life. And he especially delighted in the ‘FRENCH BEANS!’ pose. For this you put one hand on your hip, one hand on your ribs and say, “Ooh la la!” He had us falling about laughing. So “Ooh la la!  was repeated rather a lot. And, actually, every time it seemed to make us laugh more.

Then the meeting of two unconnected things happened. The story of aliens on a mission to get something from planet Earth bumped into the possibility of Characters who love saying ‘Ooh la la!’ And a proper picture book story was born.

I imagined aliens who say, “Ooh la la!” They were small, young and excitable. They liked disco music and silly dancing. They wanted to get a ‘big-size thing’ from Earth to take back to their planet. How about an elephant?

What was blurry, came into focus. And when a blurry story comes into focus it almost always becomes more straightforward. The alien transport simplified to a space ship (with a party area.) One character would be bossy. One would be strong. One would be a bit zany. And once I could picture these little aliens, the voice of the narrator (with his comical alien lilt) came to me…

We come from planet Zabalooloo.

I am Zoron. Very clever.

There is Bazoo. He is SO strong.

That one is Zob. He gets overexcited and does
crazy wiggle-woggle dancing, but we love him.

We are brave friends on epic adventure to planet Earth…

I wrote the book quite speedily, the next day. Here’s a page of that first hand-written draft. Perhaps you can see the enjoyment in my messy writing! 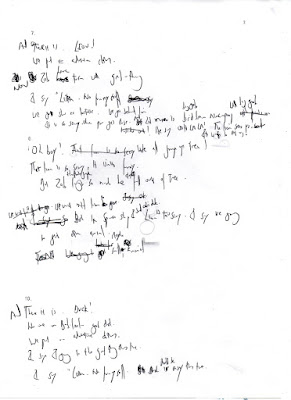 I still quite like the ‘space bicycles’ idea. Perhaps I’ll scribble out some fresh plan involving them. Then maybe I’ll leave it lying about until it bumps into an unconnected idea that brings it to life…

Pick up a copy of They Came From Planet Zabalooloo! at your local bookshop. Plus, take a look at this brilliant animated trailer! 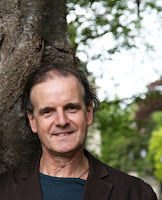 Sean Taylor has written more than 40 books for young readers. These include picture books such as Hoot Owl, Master of Disguise, illustrated by Jean Jullien, Where the Bugaboo Lives, illustrated by Neal Layton, The World Champion of Staying Awake, illustrated by Jimmy Liao, and Don’t Call Me Choochie Pooh!, illustrated by Kate Hindley. Find Sean online at www.seantaylorstories.com and on Twitter as @seantstories.

Posted by Picture Book Party at 16:47