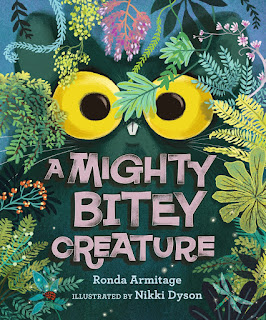 In this raucous jungle caper illustrated by Dinosaurs Don't Have Bedtimes' Nikki Dyson, something mighty with super-dooper sharp teeth keeps biting Frog, Monkey and Zebra … right on their bottoms! “Ya-hoooooo!” So, guarding their beautiful behinds, the trio run as fast as they can through the jungle.

They’re looking for big, brave King Lion, who just might know what to do… Delicious drama builds before the bottom-biting creature’s identity is finally revealed in this hilarious tale brought brilliantly to life by the read-aloud sound effects of Ronda Armitage and the exuberant, magnificent art of Nikki Dyson.

Behind the scenes with Nikki Dyson

My inspiration when creating the artwork for A Mighty Bitey Creature came from a love for Disney concept artists, especially Eyvind Earle, Al Dempster and Mary Blair, I love their use of bold patterns and vibrant colour combinations and wanted to include this feel into my own work for this book.

They were also amazing at creating a sense of atmosphere to a place and I was inspired by them to make Ronda’s characters feel like they belonged in that environment. The settings and dense foliage also was great for adding intrigue into the scenes to give the reader a sense of mystery on what this bottom biting creature could actually be! 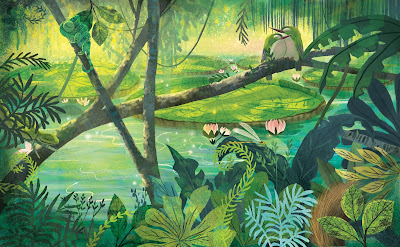 We wanted to go for an old storybook feel too so it took a very classic format almost like a page from a Little Golden Book. The Mighty Bitey Creature was originally a little baby so a lot of my first roughs were with the baby in mind *spoiler alert!* but I think that the bush baby works just as well and still gives the same feeling of such a small cute little thing that can cause so much havoc (and a lot of sore bums!) 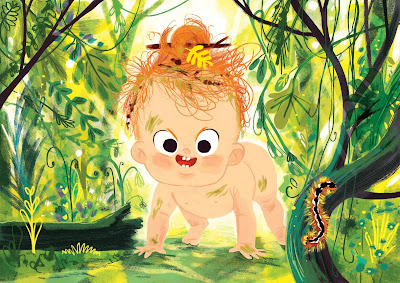 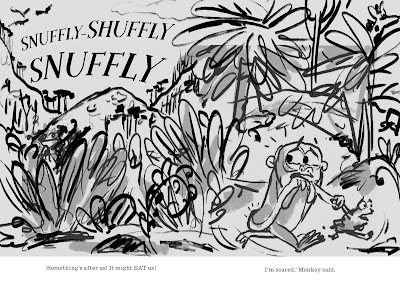 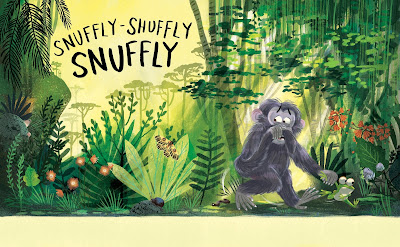 I have my own personal experience with a mighty bitey creature as when I was young my hamster Gizmo had a very mighty bite which he used on me regularly, I hope my first hand knowledge of being bitten by a small fluffy creature gave those biting scenes a little bit of extra realism! 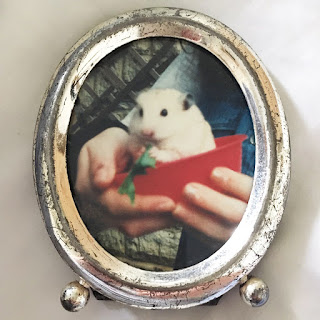 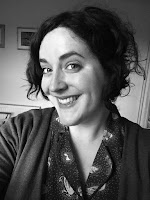 Since receiving her degree in illustration, Nikki Dyson has worked for Hallmark and National Geographic Kids, and has illustrated a number of books for children. Her picture books include Zippo the Super Hippo, written by Kes Gray, the Little Golden Books How to Be a Pirate and How to Be a Superhero, two word books, 1000 Animals and 1000 Things to Eat, and Dinosaurs Don't Have Bedtimes, written by Timothy Knapman. Find her online at nikkidysonillustration.co.uk and on Twitter as @DoodleDyson. 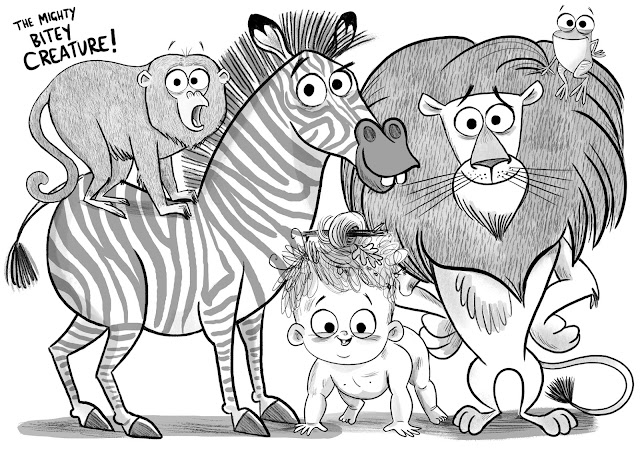 Posted by Picture Book Party at 16:07