Christmas is in our periphery and we have some sensational seasonal reads to get us excited for the most wonderful time of the year. In the meantime, snuggle down and hide from the cold with these beautiful new picture books from Walker Books… 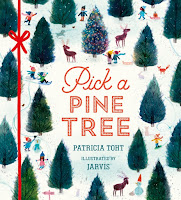 Brimming over with the excitement of being with family at the festive season, a gorgeously rhythmical, read-aloud narrative accompanied by warm, joyful art celebrates all the familiar rituals of decorating the tree – from digging out jam-packed boxes of trimmings, stringing tinsel, to, at last, turning on those twinkly fairy lights. 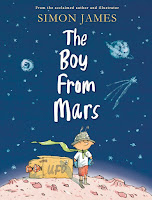 The Boy from Mars

From award-winning author–illustrator, Simon James, comes an uplifting story about a little boy who misses his mum.

The day that Stanley’s mum had to go away, he decided to go to Mars. In his place, a not-very-well-behaved Martian arrived. He looked just like Stanley, but he wouldn’t eat his vegetables, he wouldn’t clean his teeth and he certainly didn’t play nicely in the playground. Dad's not sure what Mum will think when she gets back. Will the martian still be there, or will the real Stanley get back in time? 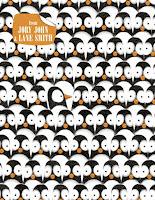 The New York Times called Penguin Problems both “funny and acerbic,” the London Evening Standard declared it to be “hilarious,” and the Observer proclaimed, "A philosophy manual for readers of all ages ... wonderfully original."

In this hilarious first collaboration from Jory John and the multi-award winning Lane Smith, a penguin levels with human readers about what penguin life is really like ... and it isn't all fun and games! A feel-good read-aloud for readers of all ages, and the perfect Christmas gift. 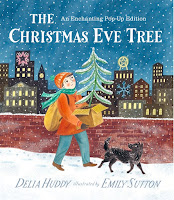 When the ugly little fir tree is taken to the city, no one wants to buy him. But a homeless boy asks the shopkeeper if he can take the tree, and down by the river in a cardboard box, decorated with a few candles, the tree finds itself at the centre of a magical Christmas Eve it will never forget. 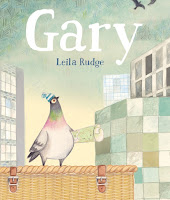 A story of perseverance and being comfortable in your own skin, perfect for anyone who has ever felt like the odd one out, Gary is the story one pigeon's big adventure.

Most of the time, Gary is just like the other racing pigeons. There’s just one thing that separates him from the ordinary pigeons: he can’t fly. But when he accidentally falls into the travel basket and ends up a very long way from home, he discovers that flying might not be the only way to have adventures... 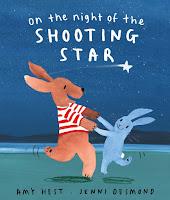 On the Night of the Shooting Star

Bunny and Dog live on opposite sides of the fence. No one says hello. But on the night of the shooting star, two doors open... 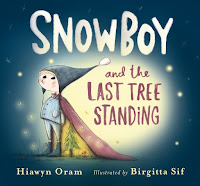 Snowboy and the Last Tree Standing

Glimmering with power and hope, two acclaimed picture book makers come together to tell the story of what happens when a boy is brave enough to stand up for what he feels is right.

Greedy Greenbackboy’s got an idea for a game. He wants Snowboy to help him cut down all the trees in the forest and catch all the fish in the deep ocean. But Snowboy recognizes the importance of life in the natural world around him and, in this evocatively told tale, has to trust his instinct to protect, rather than destroy…

You can pick up these books at your local bookshop! We hope you have a lovely, wintry November.

Posted by Picture Book Party at 16:47