The making of The Boy from Mars by Simon James 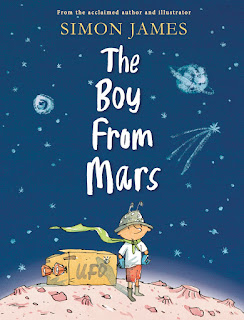 The heart-warming story of a little boy who misses his mum from award-winning author–illustrator Simon James.

The day that Stanley’s mum had to go away, he decided to go to Mars. In his place, a not-very-well-behaved Martian arrived. He looked just like Stanley, but he wouldn’t eat his vegetables, he wouldn’t clean his teeth and he certainly didn’t play nicely in the playground.

Dad's not sure what Mum will think when she gets back. Will the martian still be there, or will the real Stanley get back in time?


Behind the scenes with Simon James

Ideas are the essential beginnings of picture books.

I had the idea for this book sitting by a friends pool in L.A. I had my sketchbook in hand and was simply imagining scenes that amused me. This is always a good way for me to start to find ideas. If I draw a scene that amuses or intrigues, then I start to develop it further. The scene I drew was of a small boy dressed as an alien, arguing with his bigger brother that he was indeed a martian and not his little brother at all.

Five years later, I came across the picture again and it still amused me. Then began an exploration in to finding out how far I can push this idea, how far it can travel. At this moment too, I am having to discover what this story might actually be about, the underlining theme behind the words and pictures. This for me, is the core of good story-telling, without it, there is no beating heart to the book.

After weeks of intense planning, storyboarding, re-writing and making of dummy books, I am ready to embark on my artwork.

I start with pencil sketches, then take the best of them over to my light-box. Here I will use the pencil sketch as a guide for my finished drawing on watercolour paper (it's never a direct tracing). 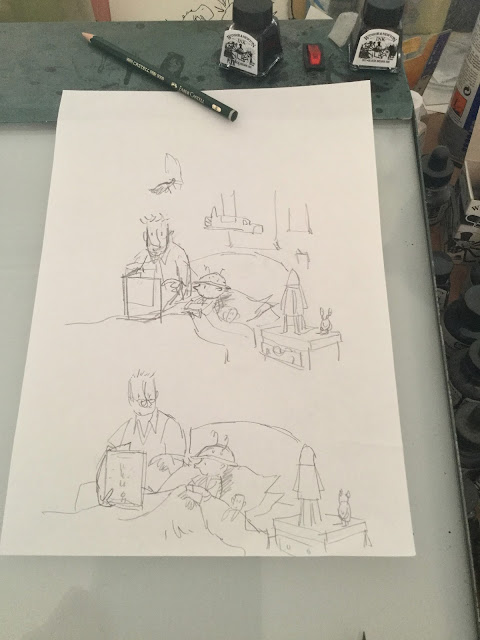 Having succeeded with a finished drawing, I am ready to paint. I consider carefully the atmosphere I wish to create, the mood at this moment of the story and how my colour work can amplify the mood. I make continuity notes of my colours in the story, so that they are consistent throughout the book. 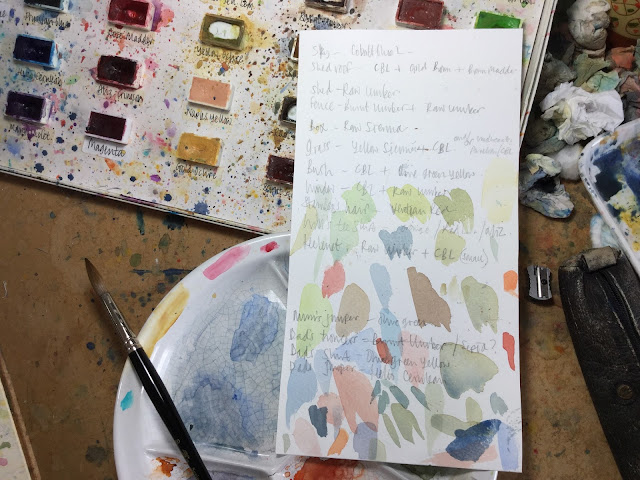 This illustration took about two and a half hours to complete. However, it took much longer to design the scene and requires many different viewpoints, facial changes and composition ideas before painting. The composition and design of an illustration is part of the text of the story, as integral as the writing. 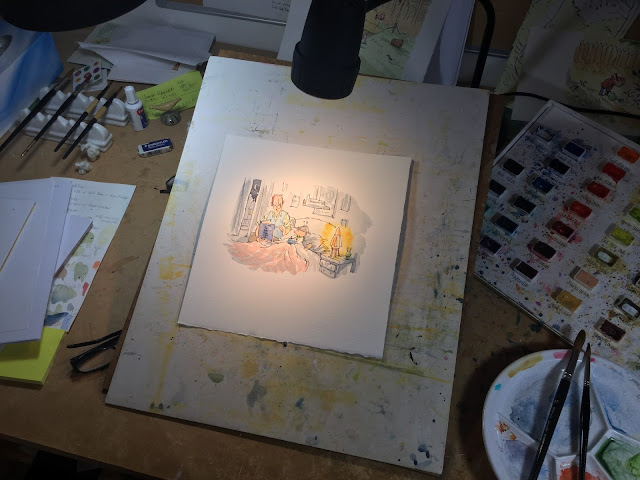 The bigger scenes obviously take a little longer and maybe a few attempts to be happy with the result. The Boy From Mars was particularly challenging with all the various angles and viewpoints used in the garden. This illustration was the first one I did, and although I rejected it as a final picture, it was the one that set the scene, atmosphere and feel for the whole book. Here, Stanley is climbing in to his spaceship heading for Mars after hearing his mum is going to be away for a few days. 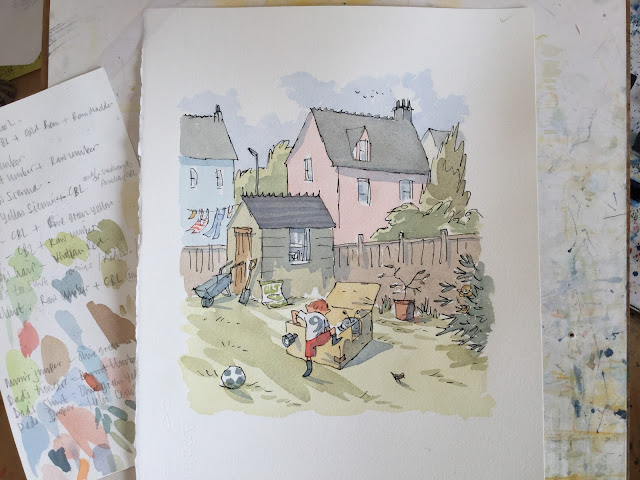 When the spaceship lands back in Stanley's back garden, out steps a martian! Although he looks a lot like Stanley, he can't be can he? The martian gets in to trouble at school -something that Stanley would never do. 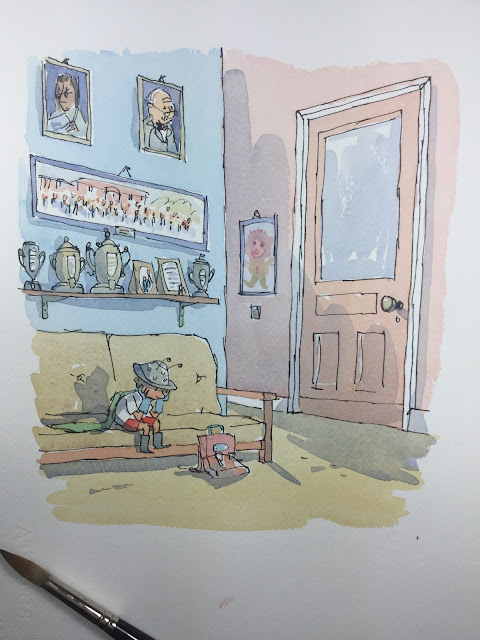 I hope you enjoy reading The Boy From Mars, it is one of my personal favourites of the many books I have made in my long collaboration with Walker Books. If you would like to know more about my work, visit http://www.simonjamesbooks.com 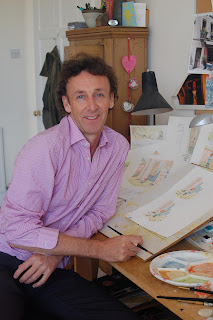 Simon James is an award-winning author and illustrator of picture books for children. His critically acclaimed titles include Rex, Frog and Beaver, George Flies South, Baby Brains, Dear Greenpeace, The Wild Woods and Leon and Bob, which won the Smarties Book Prize Silver Medal and was nominated as the New York Times' Best Illustrated Book of the Year. Simon lives in Plymouth, Devon. 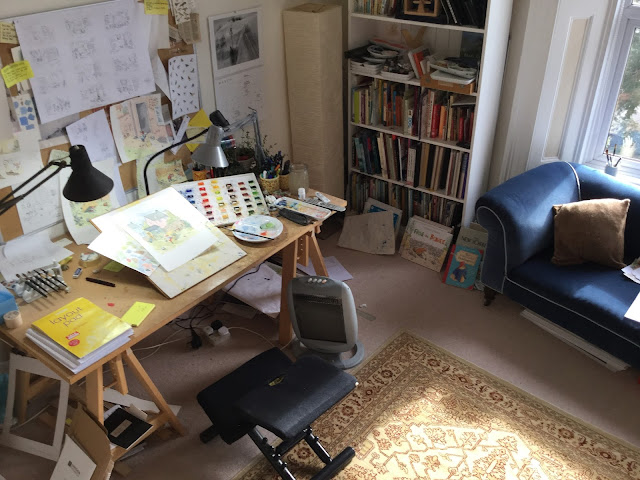 Posted by Picture Book Party at 17:38