The Mouse Who Wasn't Scared by Petr Horáček 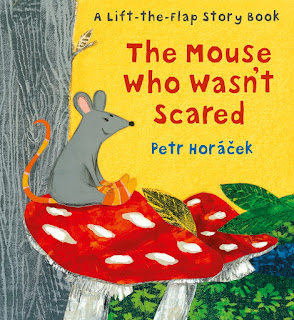 Little Mouse wants to play in the woods. They are dark and full of big scary animals. But Little Mouse isn't afraid of anything – or is she?

Lift the flap to find out. A charming story about bravery – with a hilarious lift the flap surprise – from a Kate Greenaway Medal-shortlisted illustrator, who has been described by The Washington Post as "the thinking tot's Eric Carle".


Behind the scenes with Petr Horáček

The Mouse Who Wasn’t Scared is the fourth book with the character of Little
Mouse. 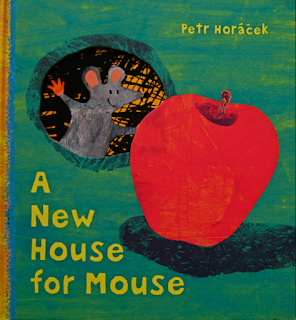 The very first book was called A New House for Mouse.

The book won the award 'Picture Book of the Year 2005' in Holland and was
part of Book Trust’s ‘Bookstart’ programme.

I remember being on holiday in Greece when I received a phone call from my
publisher. I was asked if I would consider writing a second book with the
character of Little Mouse.

I had no ambition to make a series of books with the same character, so I
rejected the idea straight away.

The same day, sitting on the beach, looking at the starry sky I wrote The Mouse
Who Ate the Moon. 'The Mouse Who Reached the Sky followed a couple years later. 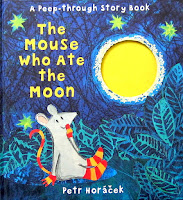 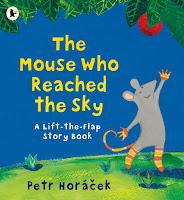 The truth is, that I fell in love with Little Mouse. She is childlike, naive, jolly,
funny and she makes me smile. 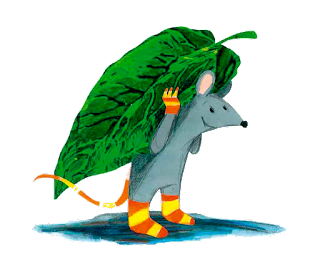 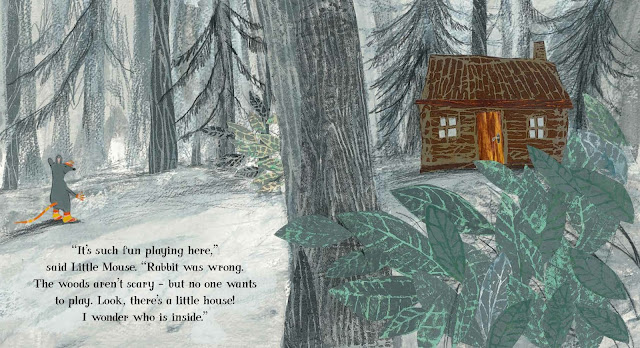 Is the bear the scariest animal in the woods? 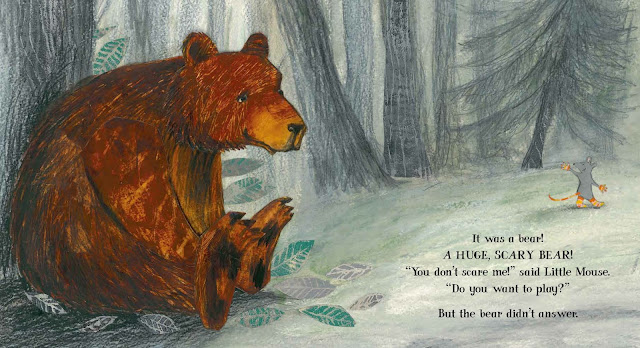 Is the wolf the scariest? 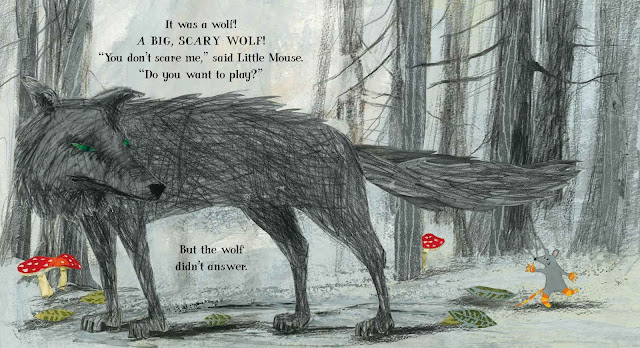 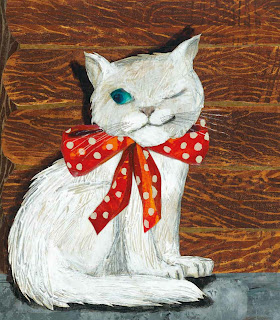 One inspiration for The Mouse Who Wasn't Scared was probably the artwork
itself.

Every autumn I spend a couple of weeks on my own. I stay in a cottage in the
Czech Republic. The cottage is on a hill by a wood. 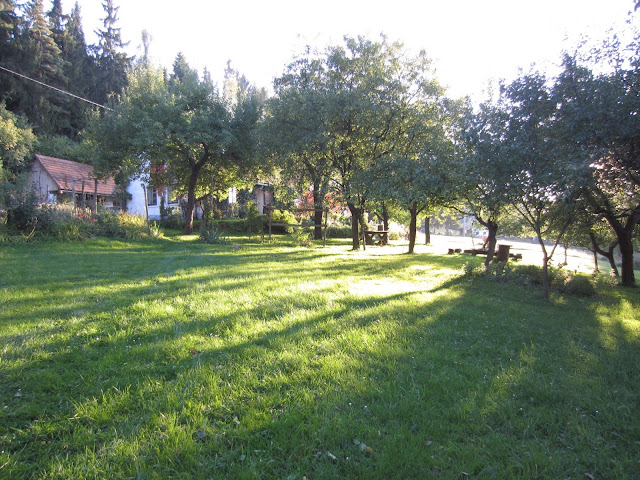 I love walking in woods and I love painting and drawing in woods. It’s often
during these walks that I get an idea for a book. 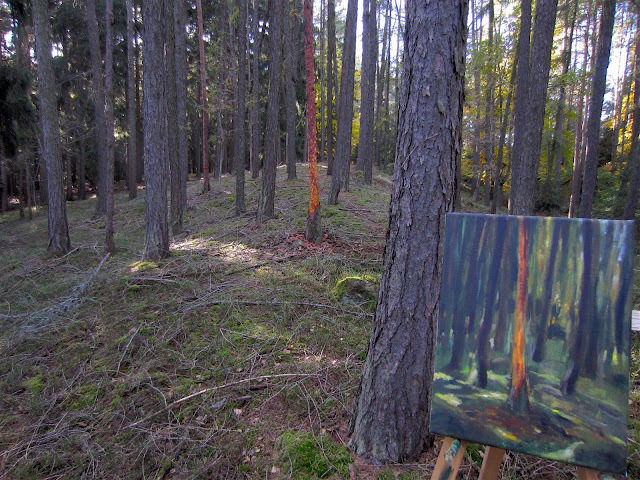 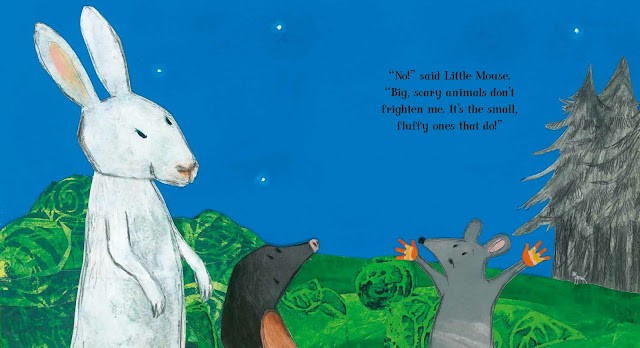 Whilst working on the book’s illustrations I enjoyed the contrast of the outside
world and the interior of woods; the contrast of the gloomy, grey tree trunks with the occasional appearance of the colour of leaves, mushrooms or the Mouse's colourful, stripy socks. 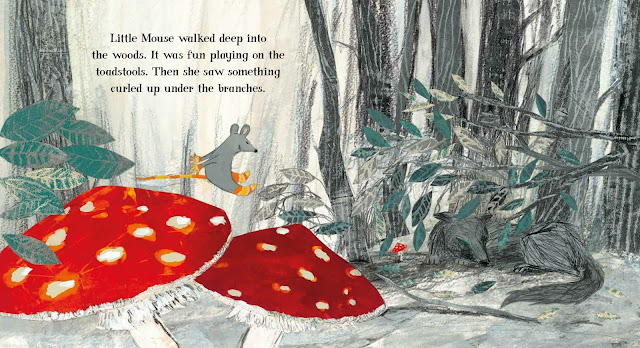 I’ve never drawn a moose before. Now I would love to do a book about a moose
one day. 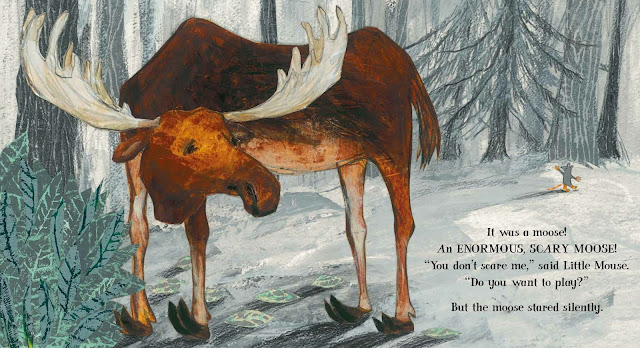 The whole process of working on ' The Mouse Who Wasn't Scared' was great
fun. 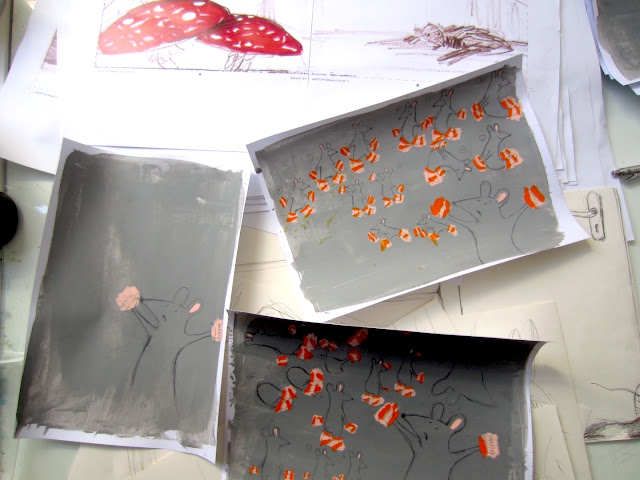 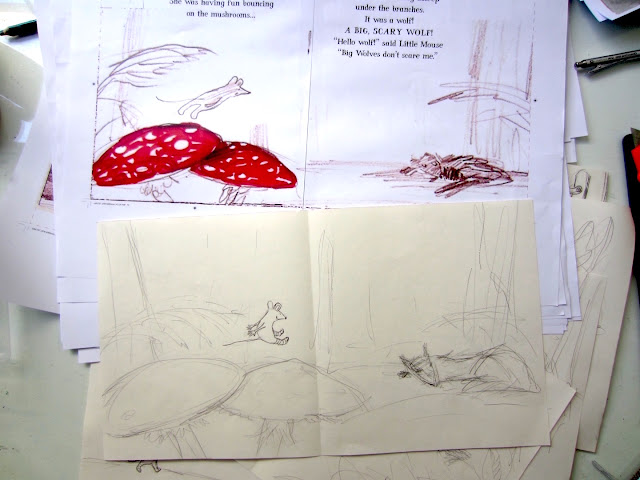 I hope that some of the joy of working on the story got into the book and the
book will make you smile. 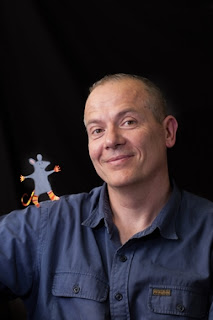 His stories, often about loyalty and belonging, are told with an instinctive warmth and humour and are beautifully brought to life through his evocative use of colour and texture. He has won many awards around the world for classics such as Suzy Goose  and was shortlisted for the prestigious Kate Greenaway Medal in 2012.

Email ThisBlogThis!Share to TwitterShare to FacebookShare to Pinterest
Labels: behind the scenes, Petr Horáček, picture books, the mouse who wans't scared