We were thrilled to invite Kevin Crossley-Holland onto the Picture Book Party blog to tell us all about the making of his new book, Norse Tales: Stories from Across the Rainbow Bridge.

Enter an ancient world of green glades and glaciers, where gods and goddesses spread their magic whilst rock-giants and mountain-trolls roam. This astonishing new collection of Norse tales from the award-winning Kevin Crossley-Holland – with Jeffrey Alan Love’s arresting illustrations – will enthral readers of all ages. 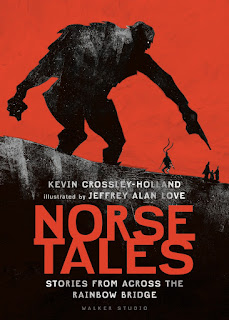 What was the inspiration behind writing this novel?

Long ago and not so long, I came across a page in an ancient book seething with supernatural beings: light elves and changelings and ghosts and night-trolls and water-horses and tide-mice and... That started me thinking that although the Norse myths are chiefly about gods and giants and dwarfs and a few humans and monsters, the Vikings believed that their world was inhabited by all kinds of other beings.  So I thought I would write about some of them.

But then I changed my mind!  Well, partly.

I remembered that although the gods are not particularly interested in human beings, a few myths describe what happened when gods and humans did meet.  I wanted to retell one or two of them as well, so then the book became a kind of hybrid (that sounds like a kind of monster!), partly about the gods, when they cross the rainbow bridge into Midgard, and partly about human beliefs and superstitions. 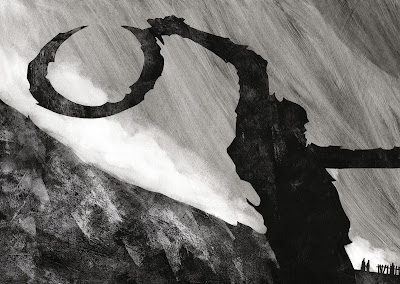 What made you want to revisit the Norse World?
Long ago and very long, a great poet laid his wrinkled right hand on my head - no, he didn't touch my tongue! - and told me to 'Look North'.  Look north to the thrilling, ice-bright myths and poems and sagas of the Viking world.

He said that since the native British are by blood, temperament, geography and culture, creatures of the northern world (that's to say, northwest Europe), we should, of course, be familiar with the Norse and Germanic and Anglo-Saxon myths, legends and folk tales as well as with Hebrew and classical mythology.

I was electrified.  I took my young sons to Iceland and camped there.  And while I've spent a good part of my writing life excavating the literature of the Northern world, I'm well aware I've done little more than scrape the surface.

And that, in a nutshell, is why I wanted to revisit the Northern World in my Norse Tales.  And why I will do so again.  Indeed, I'm just embarking on a historical novel set during the weeks leading up to the stunning battle at Stamford Bridge; it's a kind of love story, and an account of what happened when Harald Hardrada, the greatest warrior of the Viking world, met Harold Godwinsson face to face. 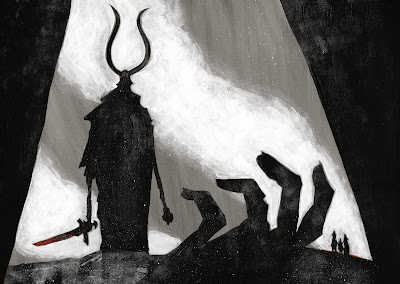 Tell us a little bit more about your writing process?

Writers are self-employed, and so they need to be self-disciplined.  I'm not all that good at embarking on a new project.  I make all kinds of excuses, turn aside to shorter commitments, draft new poems, and sort-of giddy around like an old dog before getting down to work.

I write at the desk I bought with the advance I was given by Macmillan for my first book, Havelok the Dane.  I was 22.  It's rather too small, actually, but at this late date, we're almost conjoined at the hip!

Once underway, I concentrate fiercely - and ideally, I think and plan and write through the morning (no emails, no 'phone calls, no correspondence, buckets of strong coffee supplied by my smiling wife).  I warm up, as it were, by revisiting and revising my previous day's work, and then break new ground.  Come late afternoon, I try to return to my desk between 6.00pm and 8.00pm.  And then, late at night, I usually spend an hour in the company of my characters and story, thinking and dreaming. . .

I write by hand (I'm left-handed), using my old brown Waterman pen and a liberal flow of Absolute Brown Ink.  And every few days I pass my manuscript to my P.A. (one of the few people in the world who can decipher my handwriting) and she types them.  Then the next and crucial stage begins: redrafting. . . revising. . . and revising. . .  Each word counts; and so does each silence. 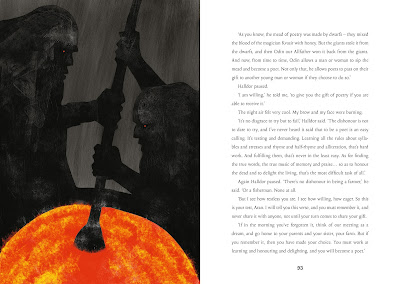 Which of the tales is your favourite and why?

My favourite story?  It's a toss-up.  Perhaps 'Blue of Blue', the lyrical myth about how humans first learned to grow flax and make linen, in which the dramatic Icelandic landscape is so much part of the story.  Or perhaps 'The Gift of Poetry', because of the way in which precious gifts can be passed on from person to person, and generation to generation - something I think of when I 'Look North' and try to live up to the example of the great writers, the great word-weavers, who have inspired me.

In that tale, the narrator says that, listening as a boy to the old poet Halldor, 'I knew each waterfall was alive, each column of steam and plume of cloud, each birch leaf and rowan leaf, each moonwort and spotted orchid.  They were alive and I shared their lives and longings. . .  I wanted to be like Halldor, and told him I wanted to learn...'

A special thanks to our guest author this week, Kevin Crossley-Holland!
Norse Tales: Stories from Across the Rainbow Bridge is now available to buy from all good booksellers.
Posted by Picture Book Party at 14:49