A candle of tapirs! 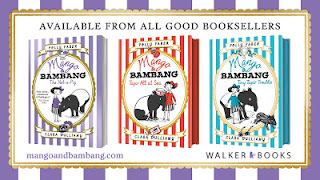 It started with one. All collections start with one I think. I seem to remember plenty of episodes of Record Breakers or Blue Peter from when I was small which would feature, say, a slightly worried-looking teenager peeking out from the only remaining space in their bedroom which was otherwise ENTIRELY FILLED by frog toys. Or Snoopy. Or key rings (even though they didn't yet own a single key). And they always, always said when interviewed, "It started with one..."

I have some way to go before I reach the stage where I cannot find my desk for tapirs. The thing about them is that they are much less represented in toy and model form than most other animals. They still get called pigs and horses and elephants and even enchiladas by passers-by at the zoo. That is one of the reasons why Clara and I knew Bambang's story was one that needed telling. 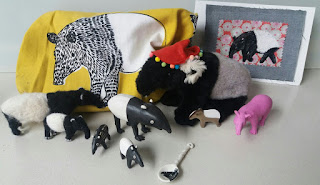 Those passers-by had heard plenty about pigs and horses and elephants but almost nothing about Malaysian tapirs. It was not their fault. Partly because they are rare, it makes it all the more exciting when a tapir is chosen to take centre stage. So here are some of mine, gifts from kind friends or purchases I haven't been able to resist, including amazing original artwork from felter Josie Armand Smith, ceramicist Midori Takaki and embroiderer Eleri Larkum. Which is your favourite?

As well as these friends and relatives of Bambang tapirs, I am equally proud of the paper Bambang portraits I have been lucky enough to be sent. I know the illustrators of the future who drew them will make sure that passers-by at the zoo never muddle an odd-toed ungulate with a Mexican sandwich again. Aren't they all brilliant? 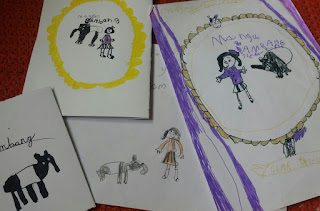 But forgive me if my favourite is still the very first Malaysian tapir that arrived in my collection. A sketch from clever Clara Vulliamy that arrived one December day and sparked a story. The very first picture of a pair that now feel like very old friends of mine. 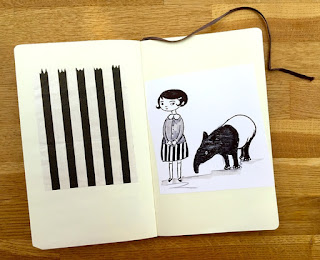 But there is one thing I am fretting about as my candle (collective noun for a group of tapirs) grows. One thing that makes me think that, even if tapirs start featuring in every gift and toy shop in the land, even if they attain owl-like levels of popularity, I should curb my desire to keep buying them. And it's this...

Have I become a Collector of the Unusual??" 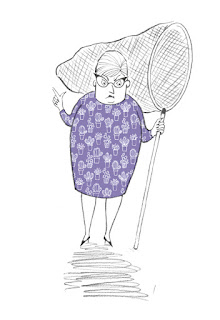 Posted by Picture Book Party at 12:05